Granting the local license to 14 clubs in the Pro League 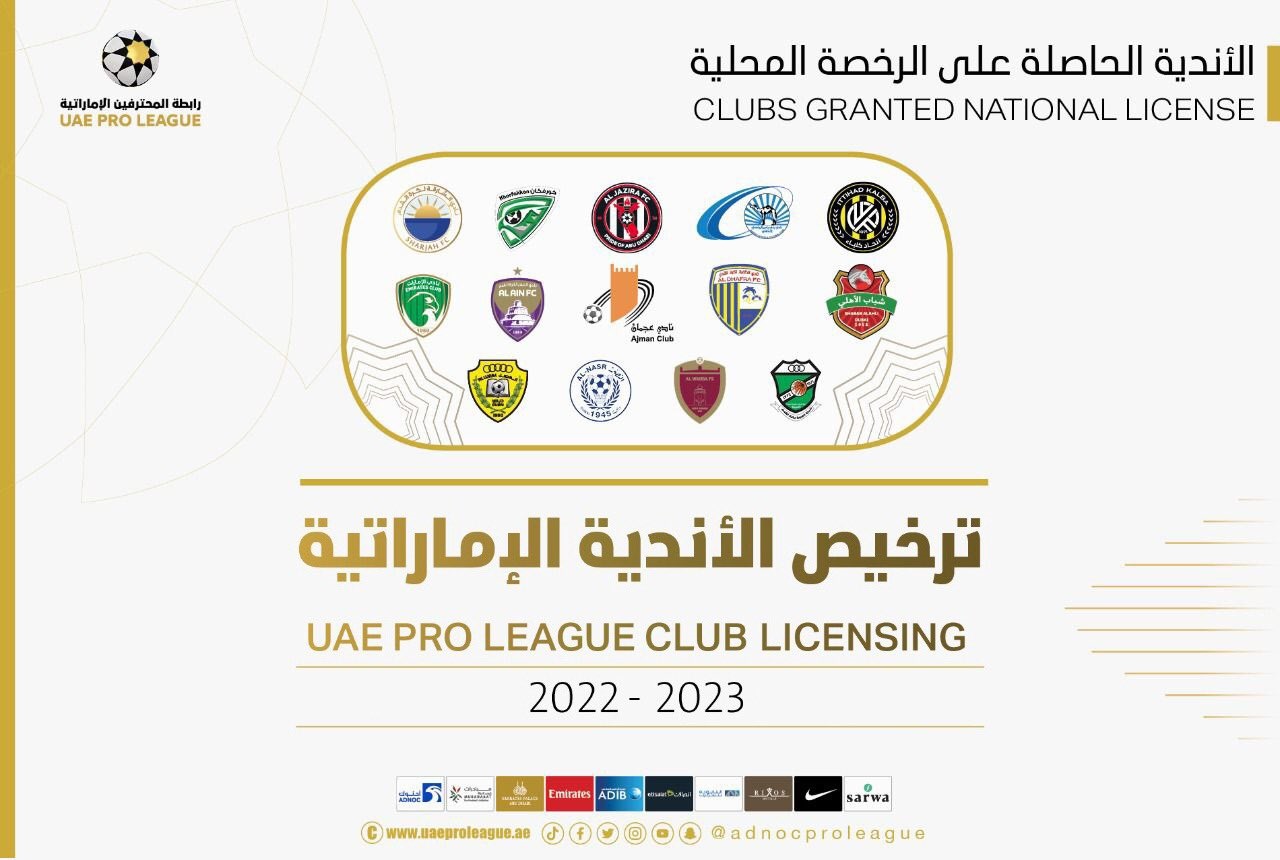 The Primary Licensing Committee of the Emirates Club Licensing System in the UAE Professional League decided to grant the local license for the 2022-2023 cycle to 14 football companies after they passed the required criteria after reviewing the reports on the licensing system for each of them.

This came during the committee’s periodic meeting, today, Thursday, through video communication technology, headed by Omar Al-Hay Al-Maidour, and the presence of: Ahmed Al-Muhairi, Berkan Al-Khalifa, Youssef Uzair and Dr. Muhammad Hassan, members of the committee.

It is noteworthy that the Primary Licensing Committee is an independent committee that grants licenses independently from any sports authority in the country, in a way that ensures transparency and governance in the procedures.