Grealish: The victory over Newcastle erased the grief of losing Real Madrid 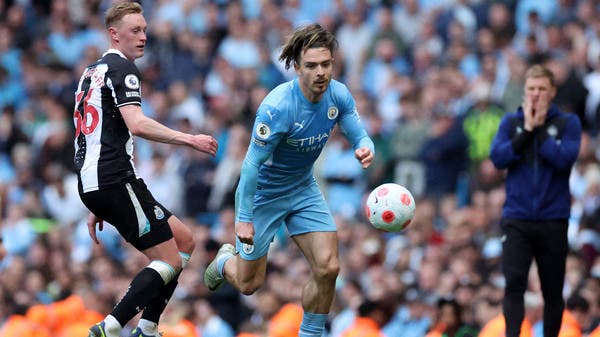 Manchester City midfielder Jack Grealish confirmed that his team’s landslide victory over Newcastle United was a perfect response to the team’s painful exit from the Champions League, which put it at the top of the English Premier League in its pursuit of the title.

City played the match after losing the Champions League semi-final against Real Madrid in an exciting confrontation, but the double of Raheem Sterling and the goals of Aymeric Laporte and Rodri and substitute Phil Foden formed a pivotal point in reviving coach Pep Guardiola’s team again.

After winning 5-0, City are now three points ahead of Liverpool with three rounds remaining, in addition to having a better goal difference.

Grealish told reporters: “We always knew that we would be under pressure, especially after the defeat by Real Madrid, but we returned to our previous ideals.” We held together as one, which was necessary.

Grealish said the victory over in-form Newcastle was the most important thing after Liverpool’s 1-1 draw with Tottenham Hotspur.

Grealish, who sent a decisive pass before the end, scored by his colleague Sterling, added: “We played against a good team, which is Newcastle. He’s been doing great since January. And we delivered a perfect performance.