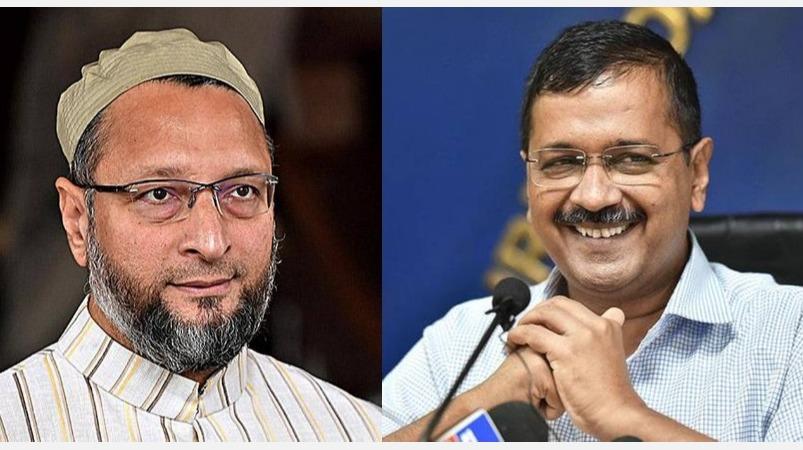 Gujarat is ruled by a large number of opposition votes in the municipal elections BJP The unprecedented size governs 576 wards BJP Has won in 451 wards. Aam Aadmi Party in Surat and Owaisi Party in Ahmedabad Congress Have split the vote and won.

In this situation, the registered votes in the local elections held for 6 corporations were counted yesterday. From the beginning BJP Took the lead in several wards.

Governing a total of 576 wards as of the date the results are finally announced BJP Has won in 451 wards. Opposition Congress Has won in only 44 wards. Azaduddin Owaisi’s AIMIM party has captured 7 wards. Aam Aadmi Party has won in 27 wards.

Out of a total of 192 seats in the Ahmedabad Corporation elections BJP In 159 places Congress Have won all 25 seats. For the first time Azaduddin Owaisi’s AIMIM party has captured 7 wards. All of these wards were in the last election Congress Are places of success.

Out of a total of 52 locations in the Pav Nagar Corporation BJP In 31 places Congress Have won all 5 places.

Out of a total of 64 seats in the Jamnagar Municipal Election BJP In 43 wards, Congress In 6 wards and other parties have won in 3 seats.

Out of a total of 72 wards in Rajkot Corporation BJP Has captured 68 seats. Congress Has won only 4 places.

In 93 of the total 120 wards in Surat Corporation BJP Has won. Opposition Congress Nowhere to succeed. Aam Aadmi Party, which contested for the first time, has won in 27 wards.

A total of 76 seats in Vadodara Corporation BJP Has won 69 wards. Congress Has won in only 7 wards.

Previous articleOman’s Albuquerque tops list of world’s top 500 hotels Than Palas
Next article‘I was shocked when Dhoni asked me to leave halfway; I would have played if I had known ‘: Ishant Sharma with an open mind