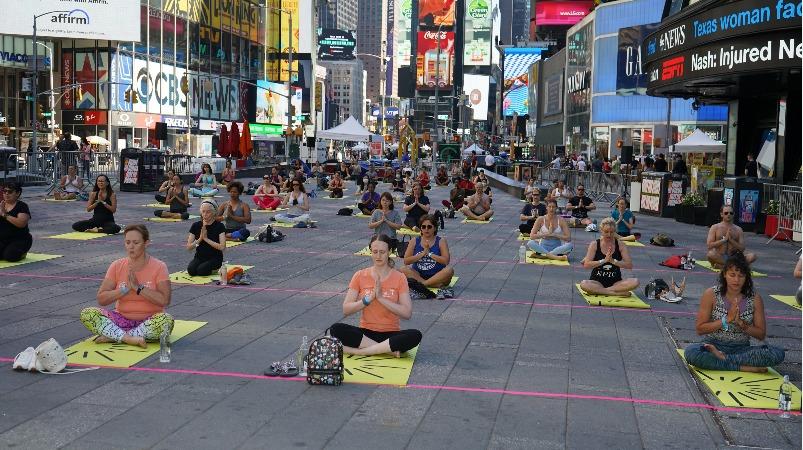 
In the United States New York The International Yoga Celebration was held in Times Square.

Seventh International Yoga Day is celebrated today. The show has seemed a bit unfocused in recent episodes, however;

Various programs are being held regularly for a week. These shows are broadcast live on television.

In this context, on the seventh International Yoga Day today, Prime Minister Narendra Modi spoke on television at 6.30 am about the benefits of yoga. 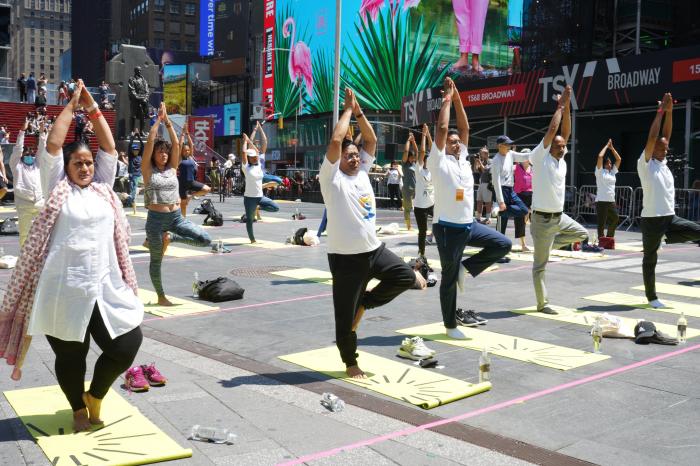 In the United States New York The International Yoga Celebration was held in Times Square. The event, organized by the Consulate General of India, was named Sankaranti. More than 3,000 people attended.

Saudi Arabia.. First Muharram is the date for the return of pilgrims abroad and this mechanism

Alejandro Sanz after singing at the Tokyo 2020 Olympic Games: “An honor and a dream come true”

Al-Ahly youth players: We achieved the volleyball cup with determination and spirit

Washington: The Houthi attack on Marib must end

Akkineni Kodali New Step .. Samantha who is going to start that business by thinking innovatively!