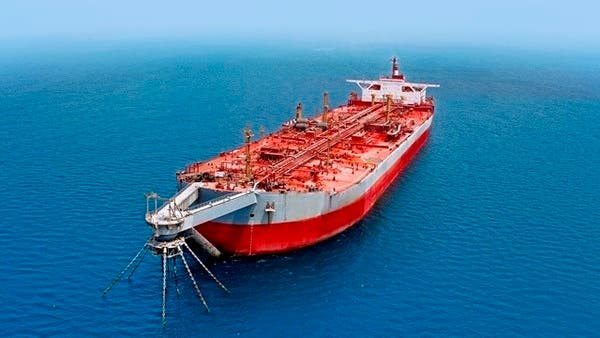 On Wednesday, the global environmental organization Greenpeace sent a letter to the Secretary-General of the League of Arab States, Ahmed Aboul Gheit, calling for coordination with member states to hold an emergency meeting of foreign ministers of states in order to finance the United Nations plan to rescue the Safer reservoir, and to work together to solve the humanitarian and environmental threat it poses. This tanker affects the Yemeni people and the population of neighboring countries and the fragile environment in the region, including the unique biodiversity of the Red Sea.

The Safer is a worn-out oil tanker carrying 1.1 million barrels of oil (more than 140,000 tons), and it is anchored 6 miles from the Yemeni coast, and an explosion or leakage from the Safer oil tanker may cause one of the most dangerous spill disasters. Oil in history according to a study conducted by the laboratories of the Greenpeace Research Organization.

In a statement, Executive Director of Greenpeace Middle East and North Africa, Ghawa El-Nakat, said: “Today we turn to the Secretary-General of the League of Arab States, Ahmed Aboul Gheit, and we urge him to coordinate with member states to hold an emergency meeting and work together to finance the plan to remove the Safer reservoir before it is too late and falls. catastrophe.”

She expressed her regret, “that the Safer crisis has not yet been resolved due to the lack of financial support needed for that, and to date only one Arab country has contributed to the donations, which amounted to half of the required amount.”

She added, “It is time now to pay the necessary attention to the Safer tank and make all possible efforts to resolve this outstanding crisis before the disaster, which is first and foremost an Arab crisis.” We have full confidence that the Arab League is able to play this role in accelerating work on a solution. If a disaster occurs, it will fall on all of us, and its impact will be very serious on millions of people in the region, their livelihoods, food, health and environment.”

The United Nations postponed the visit of its team of experts more than once after the Houthis retracted and reneged on their pledges to allow the team to maintain and empty the floating tank, to avoid an environmental catastrophe beyond the region, while the Yemeni government accuses the militias of using the tank as a “political blackmail” card.

It is worth noting that the giant tanker Safer has not undergone any maintenance since 2014, and serious signs of rust have begun to appear on it.

After months of meticulous negotiations, the negotiating parties agreed in March of this year on a plan to salvage the Safer reservoir. In May, the United Nations Fundraising Conference was able to raise about half of the requested amount – $80 million – to fund the first phase of the plan, which aims to transfer oil from the rusted ship to another oil tanker as a temporary measure.

The jokes concluded: “The $80 million needed for this process is insignificant compared to the estimated $20 billion cost to Arab countries to respond to the oil spill, in addition to the countless impacts on the livelihoods of Arab coastal communities at sea. Red and the great suffering it will cause to our brothers and sisters in Yemen.”