Guardiola: Arsenal could reach 100 points in the English Premier League 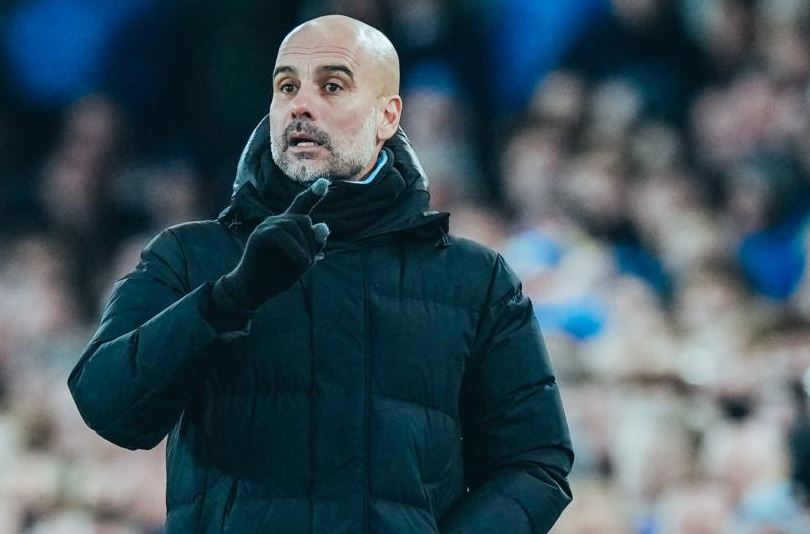 Manchester City coach Pep Guardiola warned of the difficulty of catching up with Arsenal in the English Premier League title race, explaining that it may take 100 points to retain the title. Arsenal, coached by former Guardiola assistant Mikel Arteta, could have moved 10 points clear of the defending champions, but drew 0-0 at home with Newcastle United yesterday.

City, who drew with Everton on New Year’s Eve, can cut the gap to five points if they beat Chelsea on Thursday and Guardiola says his side cannot afford to make more mistakes if they want to win a fifth title in six years. Guardiola said during a press conference today, Wednesday, “The way you have to close the gap is to play well and win matches. If (Arsenal) continues like this we will not catch him. We almost have to perform perfectly … We hope the team will not perform, yesterday against Newcastle they were special, but you saw what happened.” Arsenal, who is seeking to win its first title since 2004, ranks first with 44 points from 17 games, compared to 36 points for City, who played 16 games, and who collected two points less than the number of points from the same number of matches last season.

Most people expected Chelsea to be in the title race, but City will visit Stamford Bridge with Graham Potter’s side finishing 10th in the standings.

Despite this, Guardiola expects the match to be tough as always. When asked about Chelsea’s suffering, the Spanish coach said, “It is the English Premier League and all teams are difficult. That is why my answer to expectations at the beginning of the season is always that I do not know. And no one can know.”