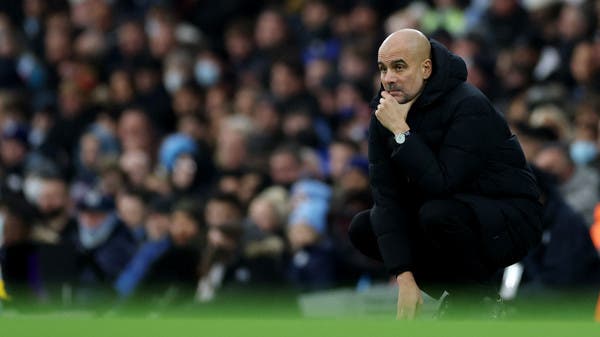 Manchester City coach Pep Guardiola confirmed that his team deserved its big 6-3 victory over its guest Leicester City, but he called on his players to play seriously throughout the two halves of the match, noting at the same time that praise is also extended to the opposing team for its strong performance during the match.

Manchester City continued its strong uprising in the competition, and sent a precious gift to its fans in the Christmas celebrations, after its landslide victory over Leicester in the nineteenth stage of the English Premier League football championship.

Guardiola said in media statements after the match: This is the nature of “Boxing Day” matches. The performance was exceptional during the first half, and our return was acceptable in the second half.

Guardiola added: After we advanced 4-0 in the first half, Leicester punished us at the beginning of the second half, as they scored 3 goals in a row. It seems that they changed the way they followed and adopted a late defense policy.

“We didn’t know if they would be careful or counter-attack at the beginning of the second half, but we played on set pieces that we benefited from in this half,” the City coach said.

Guardiola said: “I was not disappointed with the team’s defense, because Leicester is a team with football quality that helps them score goals, but we have to play aggressively throughout the 90 minutes.”

The balance of Manchester City (the title holder), who achieved his ninth consecutive victory in the tournament, rose to 47 points, to tighten his grip on the lead, 6 points ahead of his closest followers, Liverpool, whose meeting against its guest Leeds United, which was scheduled at the same stage, was postponed. Due to the outbreak of the Corona virus among the members of the white team.

Turkish truckers almost froze to death on the highway in Komi

Storm warning due to severe frosts announced in Novosibirsk