Guardiola: I did not coach Manchester City to win the Champions League 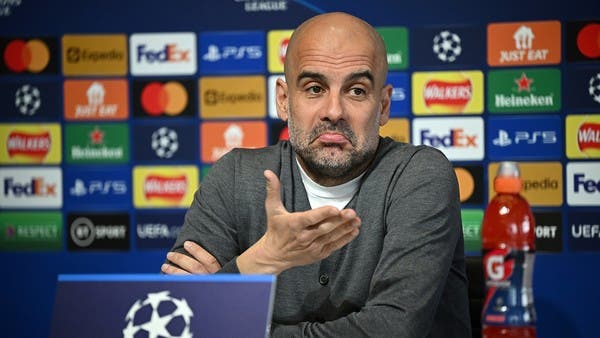 Pep Guardiola, coach of the Manchester City football team, expressed his belief that his team has already achieved its goals by being a contender for all the titles in the tournaments in which he participated, and confirmed that he was not contracted to coach Manchester City in order to win the Champions League.

Manchester City continues to wait to win the largest European club championship after losing 5-6 to Real Madrid in the total of the two legs.

Before facing Newcastle on Sunday, Guardiola was asked if there was a chance for his players to win the championship one day, and Guardiola’s response was long as he explained how the club sees success differently from what people see from the outside.

He added, “I don’t have the answers to all your questions. Football is absolutely unpredictable, we saw this.

And he added: When Sheikh Mansour bin Zayed bought the club, and invested in these wonderful facilities and players, that was in order to reach what we have reached in recent years, and not just to win the Champions League.

“It’s not just about winning the Champions League,” he stressed. They did this to be in all competitions, every season, and compete for it until the end.

He stressed: We will try again next season, it will be difficult to win the championship, because the teams are good. I know people want to go this way, and I accept that from day one, I have to deal with it, but that’s not a problem for me.

Guardiola emphasized that he could not only live for European glory and indicated that Manchester City would still suffer from criticism even if they won the Champions League.

When asked if the loss made him thirsty to win, he replied: No, I’m always thirsty.

“I know that people outside the club always demand the Champions League, we know that, but I can’t live for this alone,” he said.