SportsGuardiola: Our goal is to reach the Champions League final again
Sports

Guardiola: Our goal is to reach the Champions League final again 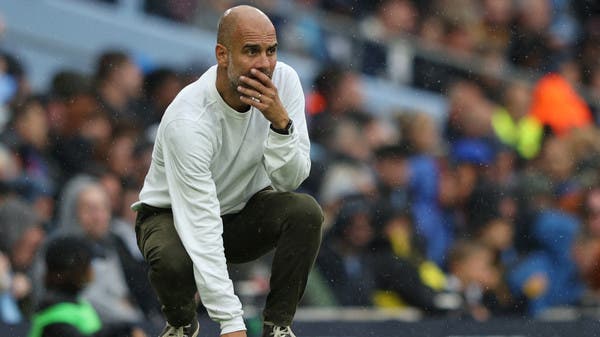 Pep Guardiola, coach of Manchester City, confirmed that his team can derive the motivation from losing the final of last season’s version of the Champions League.

And the British news agency (PA Media) reported that Manchester City, the English Premier League title holder, failed to achieve the European title last season, after losing to his compatriot Chelsea in the final match last May.

Guardiola hopes that his team will succeed in turning the ordeal he went through into a catalyst, as happened last season when the team managed to overcome its exit from the quarter-finals in 2020 against Lyon to reach the final.

The Manchester City coach said: “I’m absolutely sure of that, the players have feelings and spirit and you know it hurts to fail to achieve what you aspire to.”

“For them, it is a new challenge for the team, and when these players have won three Premier League titles in the last four years and every year they feel that they can do better, we have reached the final of the Champions League and they want it again.”

Nevertheless, Guardiola is well aware that last season’s achievements are now worthless, with the team starting the journey again.

Manchester City will host the German Leipzig team on Wednesday, at the start of the team’s campaign in the first group of the European Champions League, which also includes the French club Paris Saint-Germain, the candidate to win the title, and Club Brugge of Belgium.

The Spanish coach explained: “Sports always have a new challenge, what happened in the past remains in the past.”

He continued: “We have the experience, but that does not mean that things will go well this season, it is the beginning of a new championship.

The Spanish coach said: We are fortunate to participate in the tournament, we are trying to win the first of many matches, all the group stage matches are difficult without exception.

Previous articleSalman Al-Awadi .. A new star in the “Victory” team
Next articleMansour bin Mohammed meets the President of the International Cycling Union