Guardiola returns to the Bernabeu with memories of victories and six 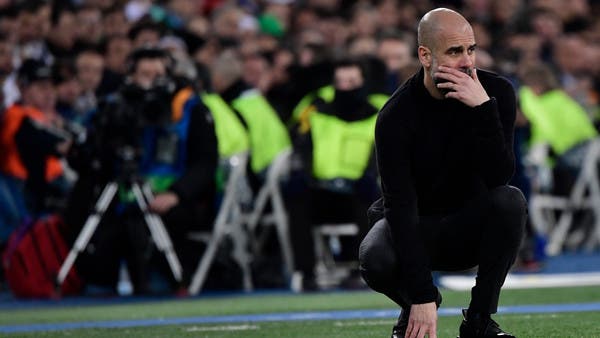 Spaniard Pep Guardiola is counting on his good score at the “Santiago Bernabeu” stadium in Madrid when he visits Real Madrid on Wednesday with his team Manchester City in the second leg of the Champions League semi-final in football, after a wonderful and breathtaking first leg match that was decided by the champion and leader of the English Premier League 4 -3.

Guardiola, the former coach of Barcelona and Bayern Munich, urged his players to show their personality, to achieve a new victory in the stronghold of the royal team, similar to the round of 16 of the 2020 edition (2-1) on his way to eliminating the Spanish giant.

Despite the prestige of the ancient stadium and the successes of Real at home that led to his winning the first continental competition title 13 times (a record), Guardiola succeeded in winning 6 times in Madrid with an orphan loss, in his nine visits with City, Barcelona and Bayern.

His first visit as a coach with Barcelona was to the Bernabeu in 2009, when he beat his host team 6-2. He also led Barcelona to a remarkable 2-0 victory at the Bernabeu in the first leg of the 2011 semi-final on his way with his Argentine star Lionel Messi to a second title in the competition.

Guardiola dreams of repeating his achievements in Madrid, especially since his team is still breathless behind the first title in its history in the Champions League.

In all, Guardiola, the coach, managed to beat Real Madrid 12 times out of 20 home and away matches with him.

But his path was not always paved with roses, as he suffered a crushing loss against Real, 0-5, on aggregate in the 2014 semi-finals, when he was coach of Bayern Munich.

Also, Real, with its veteran French top scorer Karim Benzema, who is living the most beautiful days of his career, made two remarkable comebacks, “Remontada” at the Bernabeu against Paris Saint-Germain and Chelsea in the previous two rounds.

City, whose best result was before the final of last season, reaching the 2016 semi-final when his career was stopped by Real Madrid in particular, is engaged in a fierce battle with Liverpool for the English Premier League title, as it leads by an orphan point four stages before the end of the season.