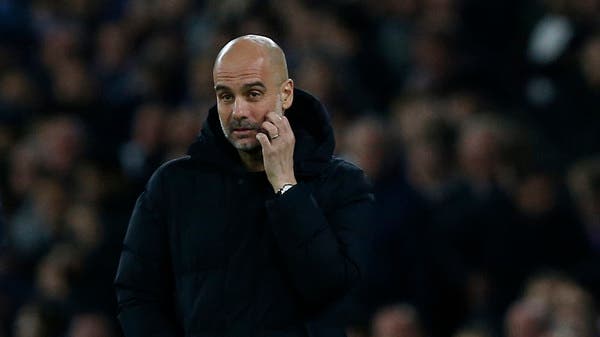 Walker has not played in a match since his injury against Atletico Madrid in the Champions League quarter-finals last month, but Guardiola said he would make a late decision on the 31-year-old’s physical condition to see if he was ready to participate in the match that will be held at the Santiago Bernabeu.

England international Stones was injured during the 4-3 win over Real Madrid at the Etihad Stadium last week and missed the Premier League win over Leeds United on Saturday.

“Walker has trained and will travel with us,” Guardiola said at a news conference on Tuesday. We will determine his position on Wednesday. He hasn’t trained for three weeks but I’m glad he’s back. Stones is not ready.

City is looking to qualify for the Champions League final for the second time in a row when it meets Real Madrid, the recently crowned La Liga title in Madrid, hoping to compensate for its loss to Chelsea in last year’s final in Porto.

“Two good teams, and we saw that last week,” added Guardiola, whose team leads the Premier League by one point over Liverpool. They are the champions of Spain and we are trying to be champions here. We saw in the first leg that we have to improve and we will try to do that.

Kevin De Bruyne, who scored City’s first goal against Real Madrid in the first leg in Manchester last week, said winning the Champions League for the first time would change perceptions about the club.

City have become a dominant force in England since Guardiola’s arrival in 2016 but are still searching for their first Champions League title, while rivals Real Madrid hold the record for winning the title 13 times.

De Bruyne added: We did not win the title, but winning the championship will change this little story. It will change the perspective from the outside. The fact that we have been fighting for years to win the title and qualify for the finals means that we are really doing really well. I support my team to put in a good performance to win the match. Everyone is expecting a great match and we will try to give our best and hopefully qualify for the final in Paris.