Guardiola to Evra and Berbatov: I didn’t see your character when I destroyed you in the final 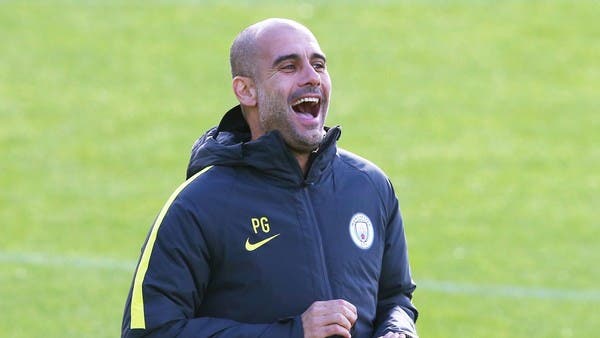 Manchester City coach Pep Guardiola has confirmed that his team is not lacking in personality, after he faced criticism from former Manchester United duo Patrice Evra and Dimitar Berbatov.

The City coach was criticized by Evra and Berbatov, who are currently working as analysts, after the team lost to Real Madrid in the Champions League semi-final, where the team missed a victory that was within reach.

Evra said Guardiola could not train players with personality, while Berbatov commented that the team should have been more focused in the final moments of the match.

City were ahead 5-3 on aggregate in the last minutes against Real Madrid on May 4, until Rodrygo scored a double, before Karim Benzema added the third goal from a penalty kick in extra time.

This was a major transformation in the “Santiago Bernabeu”, but City responded strongly by sweeping Newcastle 5-0 and beating Wolverhampton 5-1 in order to enhance its chances of winning the English Premier League title in light of the competition of Liverpool, who qualified for the Champions League final.

Guardiola denied that City lacks personality, pointing to winning big results in successive matches in the English Premier League, noting that it is the same personality that lost against Real Madrid in the last two or three minutes.

Guardiola said in a press conference before facing West Ham on Saturday in the English Premier League: The former players like Dimitar Berbatov, Clarence Seedorf and Patrice Evra, these kind of people were players.

He added: I played against them and I did not see this character when we destroyed them in the Champions League final against Manchester United.

This was in reference to Guardiola’s Barcelona victory over Manchester United 2-0 in the 2009 Champions League final, when Evra and Berbatov participated in the match that the team lost at the Olympic Stadium in the Italian capital, Rome, while the Catalan team won the treble.

The two teams met again in the final in 2011, but Berbatov did not participate in that match, which ended with Barcelona winning 3-1.

He added: “Character is what we have done in the last five years, maybe Liverpool win all four titles or just one. Am I going to say then that they do not have the character or say that they have had a bad season?”