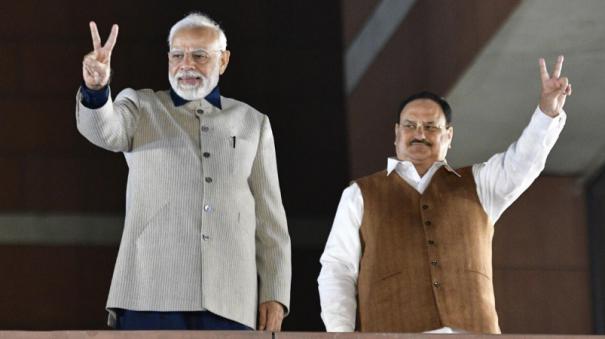 New Delhi: Prime Minister Modi said that he is thankful to the Election Commission for conducting the Gujarat and Himachal state elections peacefully.

BJP wins 7th consecutive term in Gujarat with historic victory. BJP has won 156 out of 182 constituencies. Earlier in the history of Gujarat elections, Congress won 149 out of 182 seats in 1985. BJP has changed that history.

The victory celebration took place at the BJP headquarters in the capital Delhi. Prime Minister Modi addressed the volunteers. At that time, he said, “I thank the Election Commission for conducting the state elections in Gujarat and Himachal peacefully. Thanks to the voters who gave a historic victory in Gujarat.

Meanwhile, I would also like to thank the voters of Himachal. The Gujarat election results are an expression of the strong confidence of the people in the development of the country. Whenever the country faces a challenging situation, people show faith in the BJP,” he said.