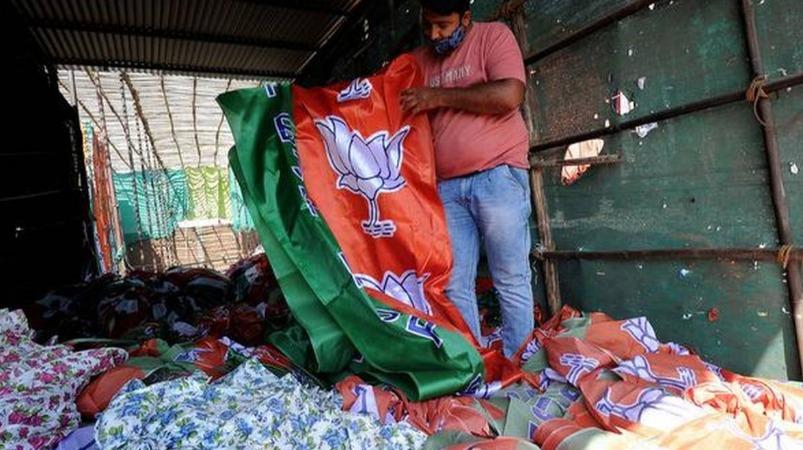 In the Gujarat local body elections, the BJP has a huge lead in the municipalities and panchayats following the corporation.

Elections for urban local bodies in Gujarat were held on the 21st of last month. A total of 2,276 candidates contested in this election in 6 constituencies.

The registered votes were counted yesterday in the local elections held for 6 corporations. From the outset, the BJP took the lead in several wards.

The ruling BJP has won 483 wards out of a total of 576 wards as the final results were announced. The opposition Congress has won only 55 wards. Azaduddin Owaisi’s AIMIM party has captured 7 wards. Aam Aadmi Party has won in 27 wards.

Following this Municipality And Panchayat Held on February 28th for organizations. The registered votes are being counted today.

The BJP is leading in 185 of the total 231 seats in the taluka panchayats. Congress has a lead of 34 seats. Corporation The Aam Aadmi Party, which won the wards, did not get a lead anywhere in this election.

Previous articleRavi Shastri vaccinated against corona
Next article8 new billionaires in the world every week .. Ellen Musk has the most wealth