Gujarat Gothra train burning case – one more life sentence; So far the number of people convicted has increased to 35 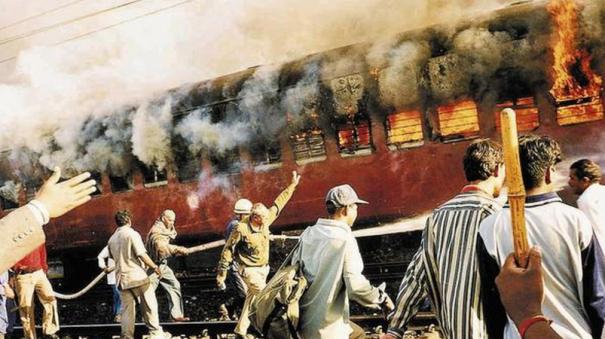 Gandhinagar: Another accused in the Godhra train burning case has been sentenced to life imprisonment by the court. The number of convicts in this case has increased to 35 so far.

Karasevaks from Gujarat went on a pilgrimage to Ayodhya, the birthplace of Lord Rama in UP in 2002. They were coming to Gujarat by train on February 27. Then a gang set fire to a train at Godhra. In this, 59 Karasevakars were burnt to death. Following this, religious riots broke out across the state. More than 1,200 people died. Most of them are minorities. Various cases were filed in this regard.

A case was filed in the Godhra Additional Sessions Court regarding the train burning incident. Rabiq Baduq was accused in the case. He was absconding and was arrested in February last year. Subsequently, the investigation against him was going on. After the investigation, the judgment was announced the day before yesterday.

After the Godhra train burning incident, Baduk’s name appeared in the list of accused. After that, he escaped from there and remained in hiding. However, the police arrested him when he returned to Godhra in February last year. After that, the trial against him started.