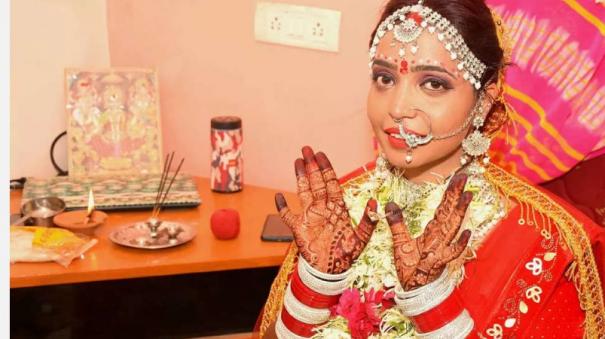 Ahmedabad: Shama Bindu, a woman from Gujarat, married herself. Despite the warning of a BJP leader, he followed the Hindu wedding rites.

Shama Bindu hails from Vadodara in Gujarat. The 24-year-old Bindu said, “I do not intend to get married. But, I want to be seen as a bride. So I am doing this marriage. ”

His announcement drew a lot of criticism. A BJP leader had warned that the marriage could not be allowed to take place.

In this situation today (Thursday) Shama Bindu married herself according to Hindu wedding rites. The wedding was attended by Bindu’s parents, relatives and friends.

Commenting on the marriage, Shama Bindu said, “I was finally married. Is happy. I was told I was going to get married on the 11th. However, I got married in advance so that I would not have any problems that day. “

Earlier, last year, Brazilian model Chris Galera married himself. It is worth noting that in 2020 he married a woman named Patricia Christine.