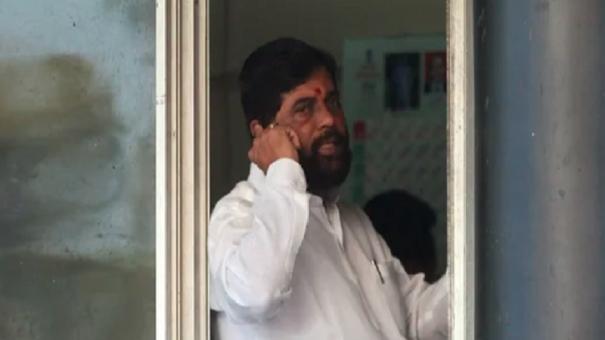 Meanwhile, Minister Eknath Shinde left for Surat, Gujarat on Monday night with 21 disgruntled Shiv Sena MLAs who are his supporters. Disgruntled MLAs are camping in one of the star hotels there. Heavy police security was put in place around the hotel where they were staying.

Shinde travels to Assam with supporters: In the meanwhile, Eknath Shinde left for Assam with his supporters. This has created more turmoil in Maharashtra politics. Like Gujarat, Assam is a BJP-ruled state. Political observers say there is no denying the BJP’s involvement in the Maharashtra political controversy, despite the BJP’s illusion that it is an intra-party conflict.

1. Eknath Shinde. He is a confidant of Uttam Thackeray. Army Commander. He was known as such until a few days ago. But he recently raised the battle flag against Chief Minister Uttam Thackeray.

3. The Shiv Sena has removed Shinde, who went with disgruntled MLAs, from the post of committee chairman of the legislature. Ajay Chaudhary has been added to the post.

6. Apart from the 22 MLAs, some other MLAs are reported to have raised the battle flag against the Shiv Sena. The Shiv Sena regime has been shaken by this controversy.

8. Arriving at Guwahati Airport, the capital of Assam, Shinde said, “I have the support of 46 MLAs. 40 are from the Shiv Sena and 6 are independents. ”

9. Although the BJP has said it has no involvement in the affair, the state chief minister’s meeting with Eknath Shinde in Assam has caused further controversy.

10. Maharashtra BJP leader Chandrakanth Patil said, “We are keeping a close eye on what is happening in the Shiv Sena. The next 24 hours are very important. “

Political observers say that whether the Shiv Sena, which has been consistently critical of the BJP government, will fall or not will be exposed in a couple of days.