«Gulf 25» is the second real test for Arobarina, after the World Cup supplement 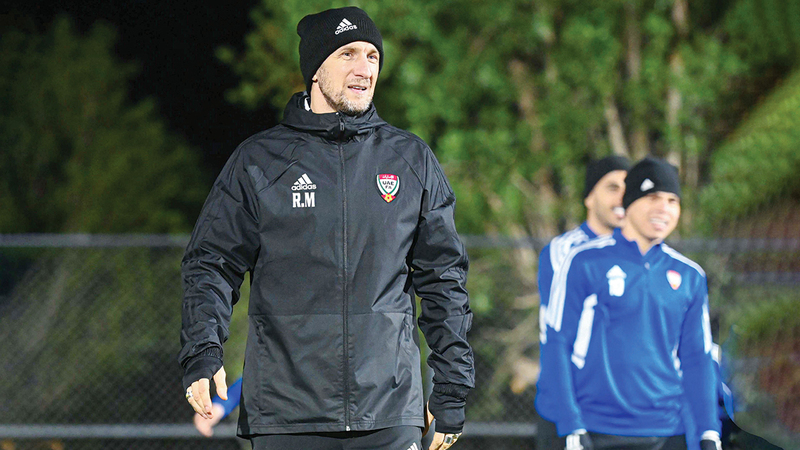 The Arabian Gulf Cup, in its 25th edition, which starts tomorrow in the Iraqi city of Basra, represents the second real test for the coach of the first national football team, Argentine Rodolfo Aruabarina, since he took over the training of Al-Abyad last February, as the first test was the supplement match that qualifies for the World Cup. 2022 against Australia, which the national team lost 1-2, and thus wasted a historic opportunity to qualify for the World Cup for the second time in its history. He stressed to the Argentine coach the importance of winning the title for the third time in the history of the national team, after he won it twice previously, in the “Gulf 18” in Abu Dhabi in 2007, and “Gulf 21” in Bahrain in 2013, noting that Arubarina was revealed last August, during a press conference. It was held at the headquarters of the Football Association in Dubai, on an eight-axis plan, the main goal of which is to compete for the titles of three upcoming and strong tournaments, which are “Gulf 25”, the West Asian Championship, and the 2023 Asian Cup, in addition to working to qualify for the 2026 World Cup, especially after the decision The International Federation of Football Associations (FIFA) increased the number of seats in Asia to eight directly.

The coach of the national team, Rodolfo Aruabarina, had previously announced explicitly, during the press conference he held recently before the team’s delegation went to Iraq, during which he talked about the team’s participation in the Arab Gulf Cup, that the goal of their participation in the Gulf championship is to compete for the title.

For its part, the Football Association provided all success factors for the coach of the national team through appropriate preparation camps, including an external preparation camp that was held in Austria last September, during which Al-Abyad played two friendly matches against Paraguay and Venezuela, as well as internal camps in Dubai and Abu Dhabi. Also during these indoor camps are friendly matches.

Ahmed Saeed added to “Emirates Today”: “Arwabarina was subjected to injustice. With the exception of friendly matches, he only led the national team in three official matches against Iraq and South Korea, and the Asian qualifier match for the 2022 World Cup.”

He continued, “The Arab Gulf Cup in Iraq is his first official championship with the national team since he took over his training last February.”

Ahmed Saeed indicated that Al-Muntahab suffers from a shortage of elements after the absences affecting its ranks, most notably the absence of Al-Jazira club striker Ali Mabkhout.

The period of Arwabarina’s tenure, succeeding the Dutchman Marvik, witnessed major changes in the ranks of the national team by enslaving many elements who were permanently present in the national team’s lists, most notably Ismail Matar and Omar Abdel Rahman, in addition to not finally choosing Al-Jazira striker Ali Mabkhout.

• Aruabarina (47 years old) took over the national team’s training last February, with a contract that extends until the 2023 Asian Cup finals.

• 9 matches in which Arwaparina led the national team, including 3 official matches in the 2022 World Cup qualifiers.