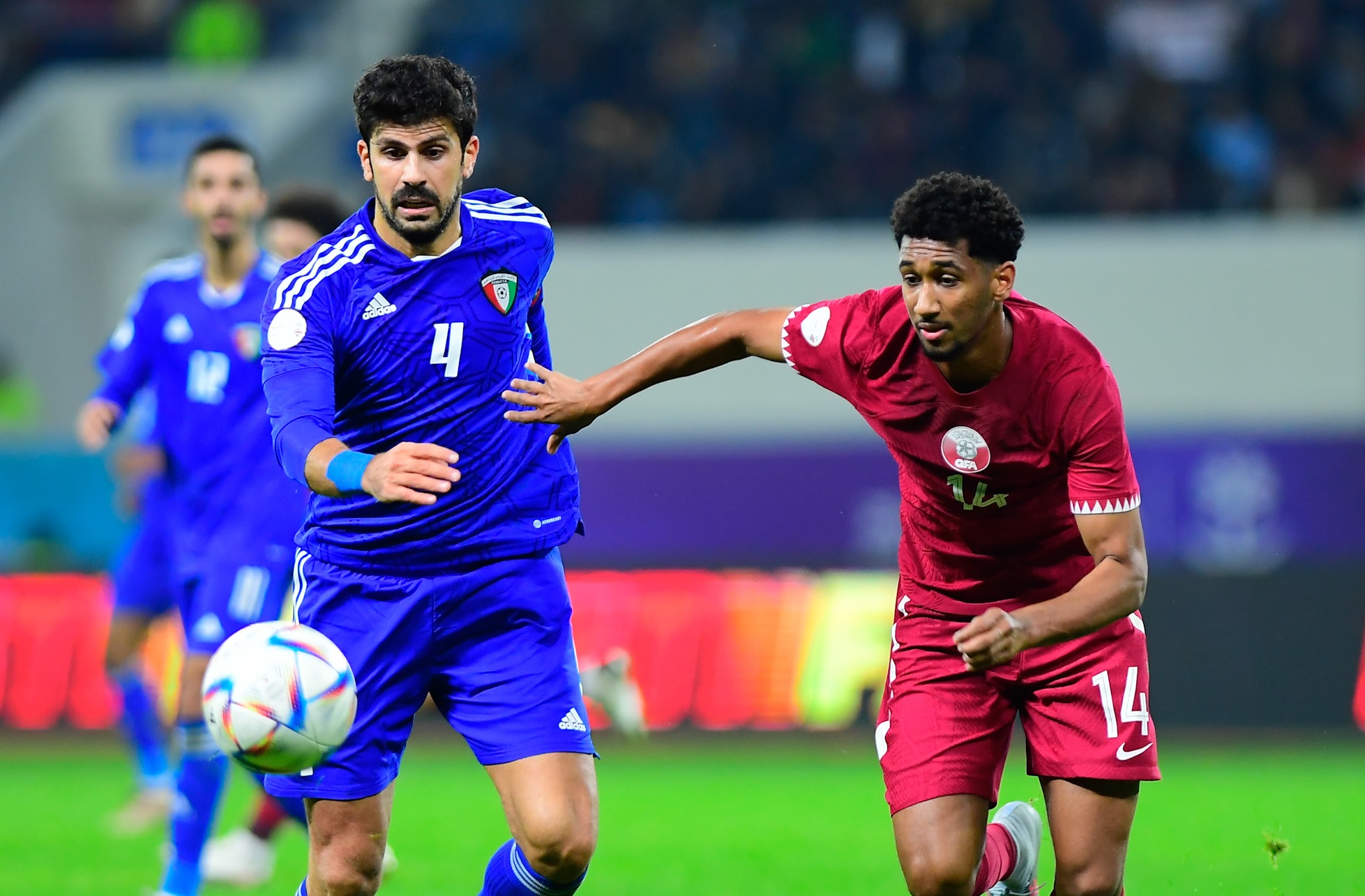 The Qatari national team overcame the fever of the beginnings in the Gulf Cup Football Championship by defeating its Kuwaiti counterpart with two clean goals in the match that brought the two sides together yesterday evening at Al-Mina Stadium in the Iraqi city of Basra, in a meeting in which “Al-Annabi” achieved its goal in the first half by scoring the two goals of the match within a quarter. An hour to put the first three points in his tally.
The Qatari team, which relied on a squad mostly of Olympic players, appeared well during the confrontation and was the best side, as its players were distinguished by speed, skill and high physical fitness, which are the factors that were the reason for its victory over the “Blue”, and its goals came by Amr Siraj in the 23rd minute and Ahmed Alaa in The 38th minute, from a penalty kick.
The Kuwaiti team, which achieved the most Gulf title “10 times”, struggled during the second half in order to adjust the result, and in order to do so, its Portuguese coach, Roy Pinto, made several substitutions, but it did not bear fruit.
The precious victory gave “Al-Annabi” the lead in Group Two, with three points, on goal difference from second-placed Bahrain, while the UAE national team came third and Kuwait fourth, both without points.