Gundogan: I will not watch the Champions League final.. I feel angry 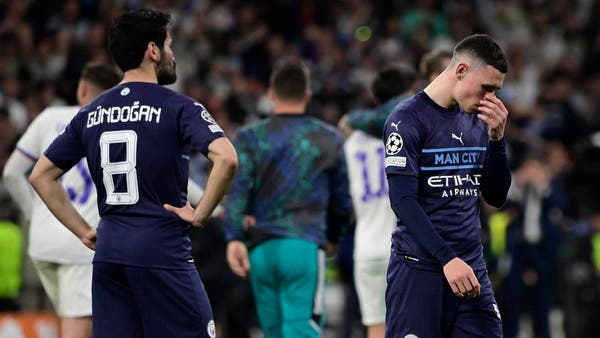 Manchester City midfielder Ilkay Gundogan is looking for many ways to distract himself when Liverpool meet Real Madrid in the Champions League final, as he is still “angered” by his team’s exit from the continental competition.

Manchester City failed to qualify for the final match last week, after losing 5-6 to Real Madrid in the total of the first and second leg matches in the semi-finals of the tournament.

And while Gundogan openly admits he is obsessed with all things football, he has no intention of paying attention to watching the team that knocked Manchester City out of the championship play Liverpool in Paris on May 28.

“If I think about the final in Paris, I get very angry,” Gundogan told the British newspaper (Daily Mail). I am frustrated, and disappointed. I definitely won’t watch the final.

Gundogan added: I will definitely try to do something else that day. Nothing will really help.

It just got a little easier, although you realize – again – that you missed out on a huge opportunity to lift a potential trophy.

“Maybe there is not much we can tell ourselves that we made a mistake, but in the end, we conceded two goals in two minutes.

The German pointed out: We were not there when it was necessary and we were not focused enough. This is the blame we place on ourselves.

Gundogan, who came on as a second-half substitute in the return leg against Real Madrid, won eight major trophies with City – but European titles are still a long way off from him and the club.