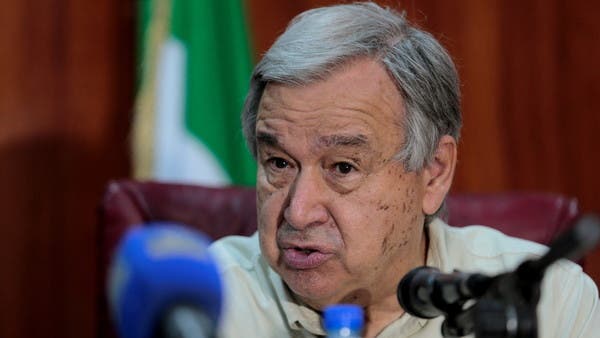 The Secretary-General of the United Nations called for the holding of “free, fair, transparent and inclusive” parliamentary elections in Lebanon on May 15, in a report distributed on Wednesday, urging the rapid formation of the government after that, which will allow the implementation of reforms that address the country’s multiple crises.

Secretary-General António Guterres said in his report to the United Nations Security Council that political polarization in Lebanon has deepened and that the Lebanese people are “struggling daily to meet basic basic needs”.

He also referred to the frequent protests across the country that were sparked by “general frustration with the political situation and the economic and financial crisis.”

It is noteworthy that the Parliament elections on May 15 are the first since the economic collapse began in Lebanon in late 2019. The political factions or the government have taken almost no steps to address the collapse, leaving the Lebanese to grapple with the crisis on their own as they plunge into poverty, without electricity, medicine or food Trash or any other manifestation of normal life.


This election is also the first since August 4, 2020, when the catastrophic explosion occurred in the port of Beirut that killed more than 215 people and destroyed large parts of the city.

The blast sparked widespread anger against endemic corruption and mismanagement by traditional parties.

Guterres, who visited Lebanon last December, said that no party or person has been held accountable so far for the explosion and that the Lebanese are demanding “truth and justice.” He reiterated his call for a “quick, impartial, thorough and transparent investigation” and stressed “the need to respect the independence of the judiciary.”

In the May 15 elections, a total of 103 lists with 1,044 candidates are competing for the 128 seats in parliament, which are divided equally between Christians and Muslims.

Self-proclaimed opposition groups remain divided along ideological lines on nearly every issue, including how to revive the economy, and as a result, there are at least three different opposition lists in each of the 15 constituencies.

Guterres urged the rapid formation of the new government “with the full participation of women and youth” after the elections.

The Secretary-General’s semi-annual report on the implementation of the 2004 Security Council resolution reiterated that his main demands of the Lebanese Government’s imposition of its sovereignty over all parts of the country and the disarmament and dismantling of Lebanese militias, have not been implemented.

Guterres said that the Hezbollah militia’s “retention of large and sophisticated military capabilities outside the control of the Lebanese government remains a matter of grave concern.”

He also referred to Hezbollah leader Hassan Nasrallah’s announcement in February that the movement now has the ability to convert thousands of its missiles “into precision missiles” and that it has been manufacturing drones “for a long time.”

Members of Hezbollah in southern Lebanon

Guterres urged the Lebanese authorities to “intensify their efforts to monopolize the possession of arms and the monopoly on the use of force throughout its territory.”

He added, “I continue to urge the government and the Lebanese Armed Forces to take all necessary measures to prevent Hezbollah and any other armed groups from acquiring weapons and building paramilitary capabilities outside the authority of the state,” stressing that this constitutes a violation of Security Council resolutions.

Guterres also stated that Hezbollah’s continued participation in the war in Syria also threatens to drag Lebanon into regional conflicts that undermine its stability.

He called on countries in the region with close relations with Hezbollah to encourage the militia to disarm, until it turns into a “only civilian political party.”