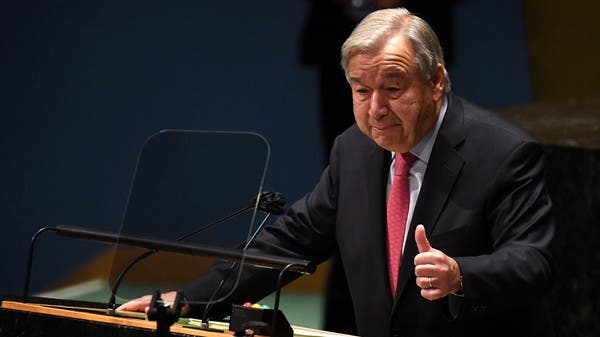 The 15 members of the UN Security Council failed to agree on the adoption of a declaration calling for a ceasefire in Tigray, Ethiopia, as UN Secretary-General Antonio Guterres urged the warring parties to reach an agreement.

The leader of the Tigray People’s Liberation Front Debrecen Gebrimichael

Guterres asked them “to stop the fighting and start comprehensive negotiations to resolve the current crisis.”

This diplomatic endeavor came at a time when the UN Security Council failed to agree on a joint declaration.

A diplomat told AFP, on condition of anonymity, that a draft text submitted by Ireland, a non-permanent member of the council, had been rejected by China and Russia and had been “abandoned”.

Several other diplomatic sources confirmed that “there is no agreement,” and some of them believed that the draft was rushed and was not the subject of prior consultations. The Russian diplomatic mission acknowledged the existence of a dispute over the text.

In a draft text obtained by AFP, the Security Council calls for “unimpeded humanitarian access”, “an end to hostilities” and the launch of a “comprehensive national dialogue” in Ethiopia.

The draft also expresses the council’s “deep” concern about the arrest of United Nations employees (a number of whom were still detained Friday), and calls for their “immediate release.”

The draft also stresses the council members’ concerns about “reports of widespread arrests in Ethiopia on the basis of ethnic identity, and without due process of law.” The draft also denounces “hate speech”.

A building destroyed by the fighting in Mekele, the capital of Tigray

Ethiopia declared last week a state of emergency across the country for a period of six months, as fears increased that the Tigray People’s Liberation Front fighters and their allies would advance towards the capital, Addis Ababa.

Jurists assert that the arbitrary arrests of Tigrayans, which were common during the war, have multiplied since then, and that the new procedures allow the authorities to detain anyone suspected of supporting “terrorist groups” without a warrant.

Several countries have called on their nationals to leave Ethiopia at a time when the conflict between the rebels and government forces in the north of the country is escalating.

The war between the Ethiopian authorities and the Tigray People’s Liberation Front, which began on the 4th of November 2020, led to thousands of injuries and the displacement of more than two million people.