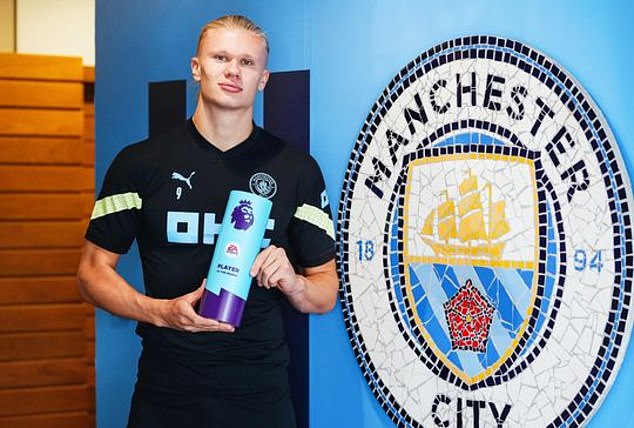 According to Opta’s numbers, no player has scored more goals than Haaland in one month in the Premier League, except for former Liverpool player Luis Suarez, who scored 10 times in December 2013. “I am very happy to win this award for the first time,” said Haaland in a statement. Once. It’s a huge start to the season for the team and I thank everyone who voted.” “I hope to continue to help the team and move forward with our strong start to the season,” Haaland added.

City, the defending champion, is second in the English Premier League with 14 points from the first six rounds, one point behind the leaders Arsenal. And coach Pep Guardiola’s team will visit Wolverhampton Wanderers in the next round on Saturday.