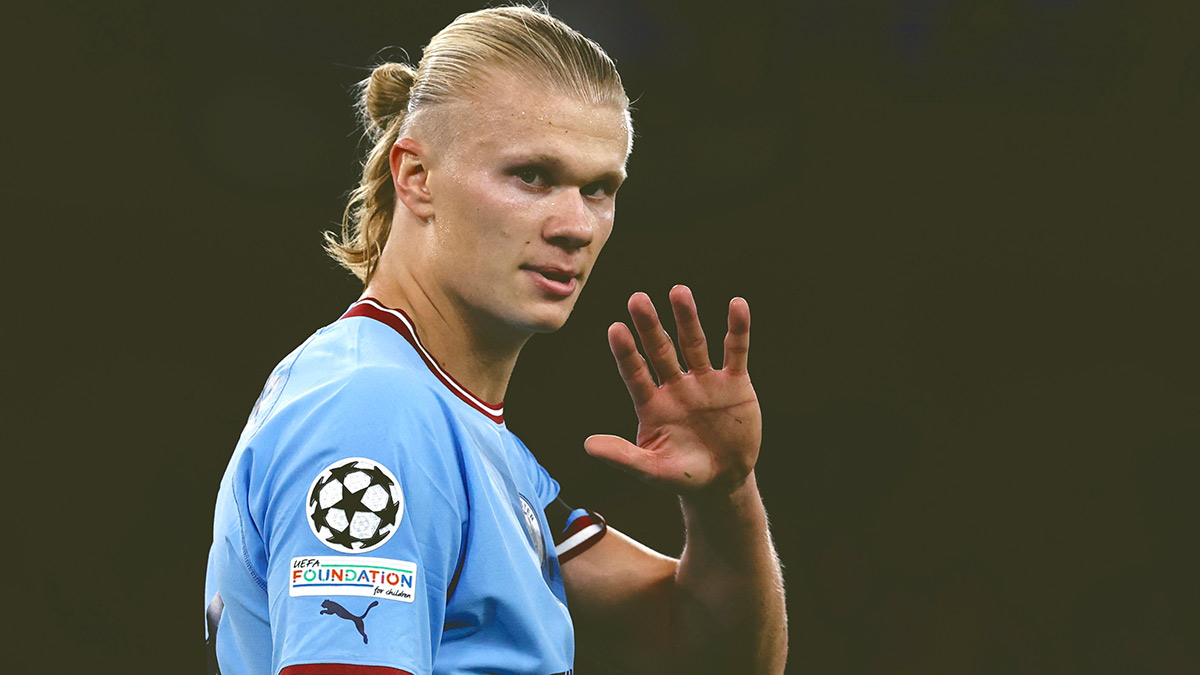 The Norwegian “sniper” and Manchester City attacking star, Erling Haaland, continued his hobby of breaking records, although he did not complete his first month with City. The European media, and the English in particular, including the newspapers “The Sun” and “Daily Mirror”, sang for “City”‘s second goal, the day before yesterday, against Borussia Dortmund in the second round of the Champions League, as it came in an acrobatic way, which the media described as ” Haaland challenged the law of gravity.” The goal came in a distinctive way, after Haaland jumped in the air and shot with the back of the foot, taking advantage of a perfect pass from his colleague Joao Cancelo. Haaland led City’s “Remontada” against his former team Dortmund, after he was behind with a goal of zero. After John Stones equalized the score in the 80th minute, Halland scored the winning goal for City in the 84th minute.

His Spanish coach Guardiola said in the press conference that Haaland’s goal is very amazing, and likened it to a similar goal scored by the late world football legend, Dutchman Johan Cruyff.

Halland baffled the followers after he amazed everyone with records that herald a historic season for Man City, as he has so far scored 13 goals in only 9 matches, including a hat-trick in the “champions”, and 10 goals in the English Premier League, at an unprecedented rate, which may make him cross the 40 goals barrier. in the current Premier League season.