Haaland is close to completing his move to City 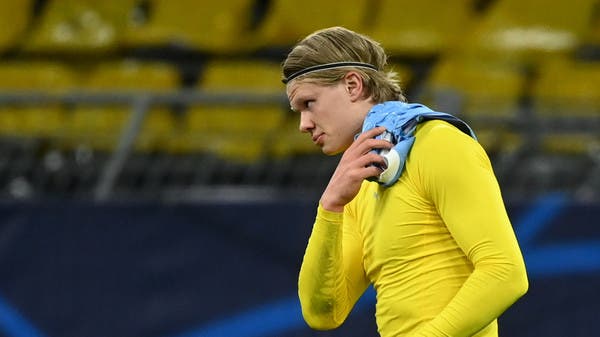 Various media reports revealed on Monday that Borussia Dortmund striker Erling Haaland is close to completing his move in a huge deal to Manchester City, the leaders and holders of the English Premier League title.

Haaland is one of the most prominent players expected to move this summer, as the Norwegian striker has scored 61 goals in 66 league games with Dortmund since joining early in 2020.

And “Sky” network in Germany, which owns the rights to broadcast the German League, reported on Monday that Haaland had informed Dortmund that he wanted to leave, and that City had contacted the German club to pay the penalty clause in the player’s contract.

Other media outlets, including “Bild” newspaper and “Kicker” magazine, confirmed, without clarifying the source, that the deal could be resolved in the next few days, while Dortmund did not comment on the matter.

Reports stated that Dortmund was interested in signing Salzburg striker Karim Adeyemi as a possible replacement for the Norwegian striker.