SportsHaaland is looking to raise the number of his goals in his...
Sports 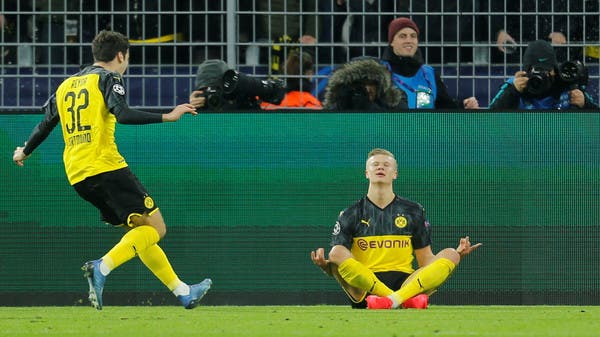 Norwegian Erling Haaland, the top scorer of German Borussia Dortmund, is looking to raise his goalscorer in his favorite competition, the Champions League, when he comes to Turkey’s Besiktas on Wednesday in the first round of the group stage.

The deadly striker caught the eye last season, becoming the youngest player to reach the 20 goals barrier in the first continental competition in the least number of matches “14 matches”.

This season, the 21-year-old scored 13 goals for his country and Dortmund, including Saturday’s double during the 4-3 victory over Bayer Leverkusen in the Bundesliga.

“It will be another emotional match,” said Dortmund director and former international player Sebastian Kehl. Turkish fans will strive for it, but we have the means to face Besiktas.

The Champions League competition appeals to Haaland, as he scored 12 goals for Dortmund in 10 matches, after eight in 6 matches when he was with Austrian Red Bull Salzburg.

The most prominent European clubs are behind the young spearhead, such as Manchester City, Chelsea, Manchester United, Real Madrid, and Paris Saint-Germain.

The Norwegian giant has a penalty clause in his contract of 75 million euros that can be activated in 2022, two years before the expiration of his contract in 2024, but Dortmund has repeatedly expressed his desire to keep him in his ranks unless he finds himself forced to do so.