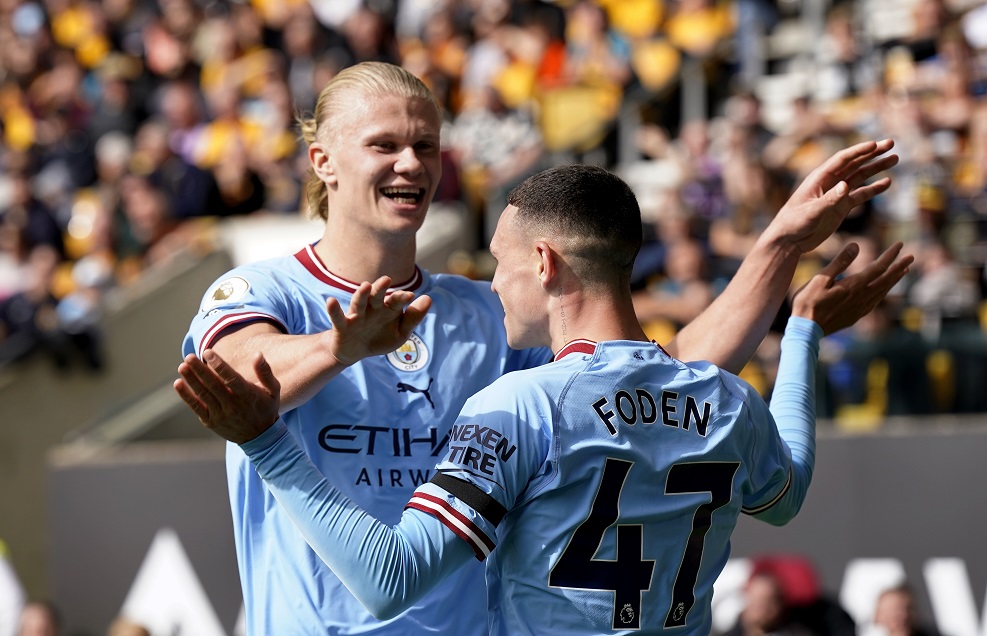 Haaland, 22, scored the second “Citizens” goal a quarter of an hour after the start of the confrontation, after Jack Grealish’s first early in the first minute. He raised his score as the top scorer to 11 in the first seven matches in the league after coming this summer from German Borussia Dortmund, and a total of 14 goals in 10 games. And he became the first player in the history of the Premier League, “Premier League”, to score in his first four games outside his team’s rules.

Halland’s goal came after a wonderful last against his former team Dortmund (2-1) on Wednesday, when he turned the table in the Champions League, scoring from a wonderful acrobatic ball. Since his departure from Austrian Salzburg in January 2020, Haaland has scored 100 goals in 99 matches in various competitions.

City, the title holder four times in the last five years, regained its balance after a 1-1 draw at Aston Villa, raising its score to 17 points at the top, two points behind Arsenal, who beat Brentford on Sunday, knowing that this stage witnessed three delays. Matches due to the death of Queen Elizabeth II and the railway workers’ strike, most notably Chelsea’s clash with Liverpool.

At Molino Stadium, a series of three matches without losing Wolverhampton suffered an early slap, when international Jack Grealish responded to criticism of not imposing himself with the sky blue team, opening the scoring after 56 seconds, after following from the heart of the area a beautiful cross from Belgian captain Kevin De Bruyne, To score his first goal of the season.

Halland again manipulated the defenses, launching his “weak” right, a floor from the borders of the region, a floor passed to the right of Portuguese goalkeeper Jose Sa (16).

The host’s ordeal increased, after a direct red card for the young Irish defender Nathan Collins, after a violent and reckless intervention on Grealish, directing a direct kick “on the fly” to his side (33).

From a collective technical sentence in the second half, De Bruyne and Halland exchanged the ball, but the final touch was to the young striker, Phil Foden, who judged any logical hope for the host (69).

The match stopped in the 70th minute to the applause of the fans, in reference to the 70th anniversary of the late queen’s accession to the throne.

And plays later Newcastle with Bournemouth and Tottenham third, who is looking to share the temporary lead with City, against Leicester City.