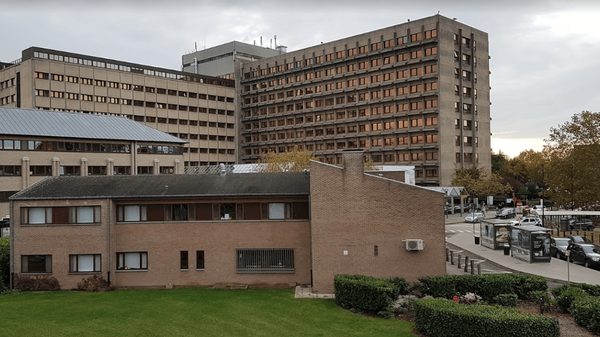 News reports said on Monday that the Norwegian striker, Erling Haaland, told his club that he will leave the team at the end of the season, to join Manchester City.

And the Sky TV network and The Athletic news portal reported that Manchester City CEO Ferran Soriano told his counterpart in Borussia Dortmund, Hans Joachim Watzke, that the club would implement the penalty clause in Haaland’s contract, which is worth 75 million euros.

It was not immediately possible to reach a comment from Dortmund, but Sebastian Keil, head of the German club’s professional players’ committee, had told “Sport 1” channel on Sunday that Haaland’s future could be decided within days.

According to the Belgian newspaper, Neufsblad, Haaland completed his medical examination at Erasmus Hospital in Brussels on Monday, while Dortmund explained that the player had been given leave to “take care of personal matters”.

According to the Belgian newspaper, the medical staff at Erasmus Hospital were surprised by the sudden presence of one of the most wanted players in the world. It was reported that Halland preferred to conduct a medical examination in Brussels to avoid any commotion.

A potential replacement for Haaland has already been identified, with Sebastian Keel looking forward to the club’s soon deciding the deal to sign German international Karim Adeyemi from Austrian Red Bull Salzburg. Haaland joined Dortmund from Salzburg in 2020 in a deal worth 20 million euros.