Haaland’s goal in Dortmund reminds Guardiola of the legend Cruyff 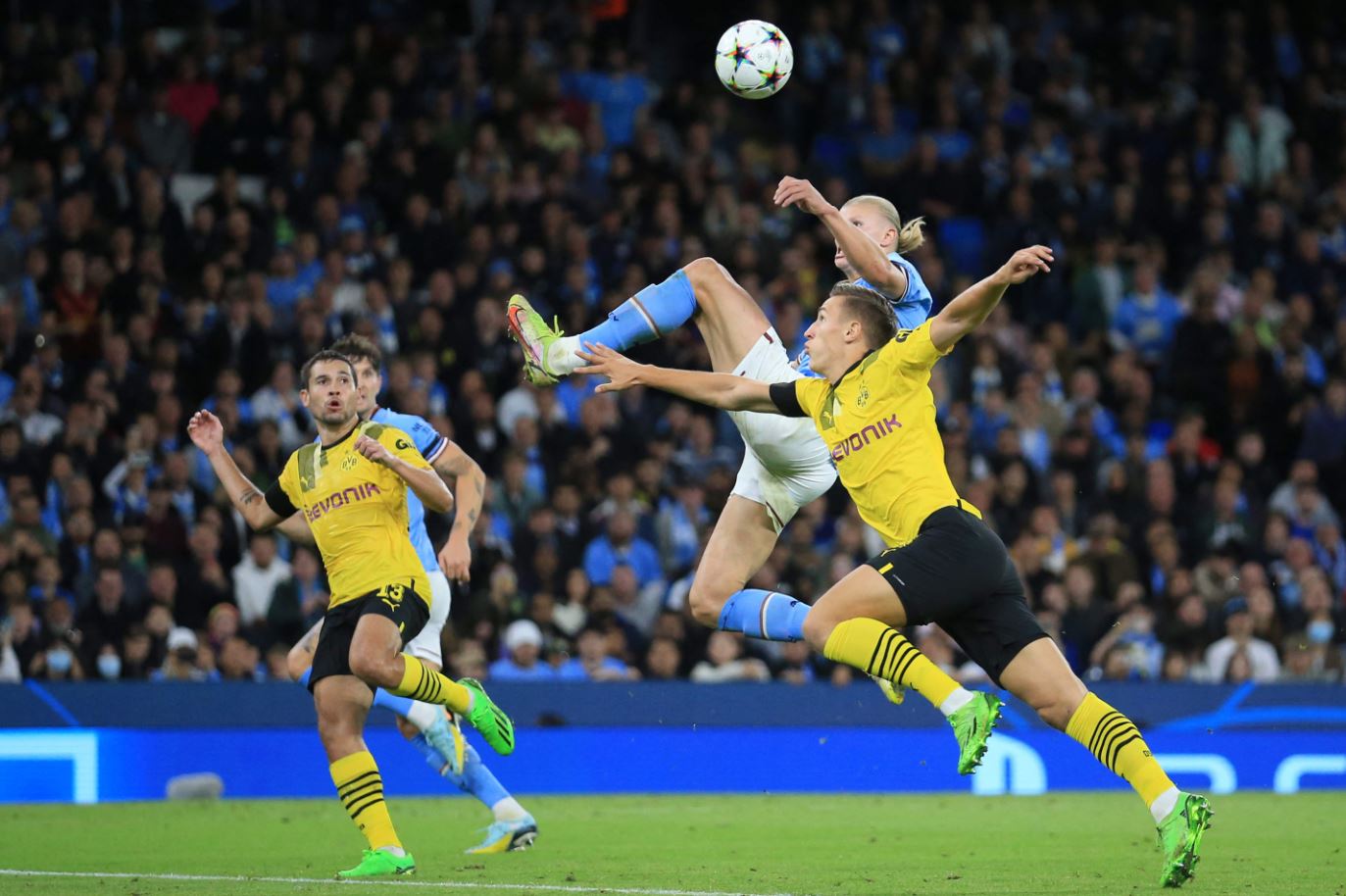 Manchester City coach Pep Guardiola said Erling Haaland’s stunning goal in the 2-1 win over Borussia Dortmund in the Champions League reminds him of Dutch legend Johan Cruyff. The Norwegian striker jumped high at the far post to convert Joao Cancelo’s cross from the left with his left foot into the goal.

“What a goal, I remember a long time ago that Johan Cruyff scored a similar goal against Atletico Madrid. It’s great that Erling did the same as Johan Cruyff,” former Barcelona coach Guardiola told reporters. City came from behind to win in the last ten minutes against his stubborn German counterpart, and Guardiola was pleased with his team’s reaction.

“We got used to it recently, I don’t like it,” he added, referring to City’s modest first half before the situation changed after three changes in the 58th minute.
“We played poorly, without aggressiveness and were humble. With Phil (Foden), Bernardo (Silva) and Julian (Alvarez) we changed our pace and scored two great goals.” The equalizer came with a powerful shot from defender John Stones.

“I’m sure that given what we did in the first half, Stones didn’t have the courage to shoot, but we got our rhythm and momentum back and said we’ll be back. It was exceptional. I’m really happy,” Guardiola said. “(Dortmund) is an exceptional team. We knew it. We weren’t good enough. But at the same time it’s good to have this flexibility and the desire to compensate. It paid off with Julian and Erling in the penalty area.”