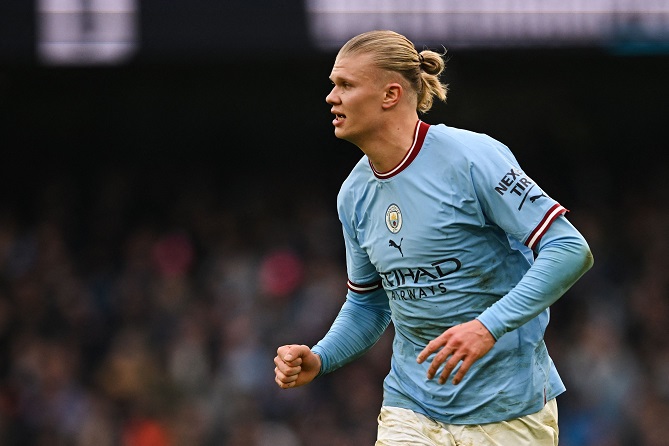 Manchester City defeated Wolverhampton 3-0, in the match that brought them together today, Sunday, in the twenty-first round of the English Premier League, which also saw Leeds United draw negatively with Brentford.

Manchester City owes credit for this victory to the Norwegian player Erling Haaland, who scored his team’s three goals (hat-trick) in the 40th and 50th minutes from a penalty kick, and 55.

Manchester City raised its balance to 35 points in second place, and Wolverhampton’s balance stopped at 17 points in seventeenth place.

In the second match, Leeds United drew 0-0 with Brentford.