Hackers have access to personal data of job candidates 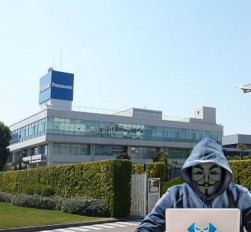 Digital Desk, Tokyo. Japanese tech giant Panasonic has confirmed that hackers acquired personal information belonging to job candidates and interns during a cyberattack in November, at the time of the data breach, which the company first confirmed on November 26, according to TechCrunch. The company was unable to say whether the hackers had accessed any sensitive information.

However, in a recent update, Panasonic said that during the incident certain personal information regarding candidates applying for employment or participating in internships in certain divisions of the company was obtained. The company said it was affected. Informing people.

According to the report, Panasonic spokeswoman Dania Deliser declined to say how many people were affected and what type of information was obtained. Panasonic’s update also confirmed that the data breach began on June 22 and ended on November 3. which ended on 11 November.

The findings of the company’s internal investigation, conducted with the help of an external security consultant, confirmed that a third party illegally accessed a file server in Japan through a foreign subsidiary’s server. Panasonic said That after detecting unauthorized access, it immediately implemented additional security countermeasures, including strengthening access controls from foreign locations, resetting relevant passwords, and strengthening server access monitoring.