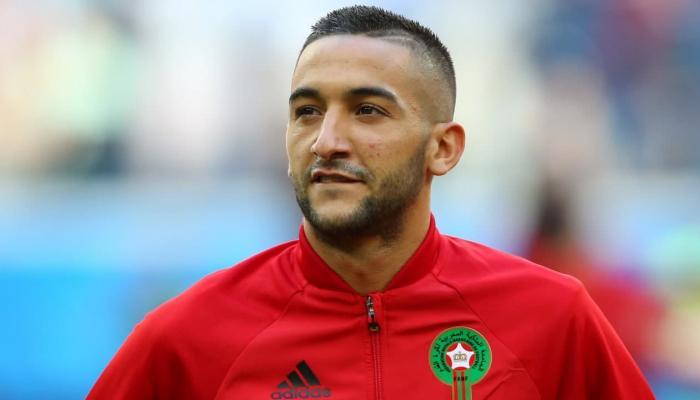 The new coach of the Moroccan national football team, Walid Regragui, announced on Monday the return of Hakim Ziyech to the “Atlas Lions” squad, for the two preparatory matches for the 2022 World Cup against Chile and Paraguay at the end of this month.

Ziyech, 29, a Chelsea winger, confirmed his retirement from international football due to a dispute with former Bosnian coach Vahid Halilhodzic, one of the reasons that led to the latter’s dismissal.

Regraki said during a press conference to announce his first squad since his appointment to the head of the technical management of the national team that “communicating with Ziyech was easy and I am satisfied because we did everything in our power to get him back and he agreed to return.”

He added, “I spoke to him as a coach for the national team and explained to him that we need the best players and he is among them, and we cannot participate in the World Cup finals in the absence of a player of the value and quality of Ziyech.”

“Zyash will give us the addition and he will come to fight. Ziyech loves his country, and he showed that from the beginning by preferring to defend the colors of the Moroccan national team, like (Achraf) Hakimi and (Nasser) Mazraoui, unlike other players, and for me the player who chooses his country will help him, but with quality.

And he added, “Although he does not play regularly at Chelsea, and this is the case of many international players in the London club who do not play regularly, but a player like Hakeem must be put in the best conditions to give us the best and he is happy with that, especially since he has been absent for more than a year and a half from the national team. ».