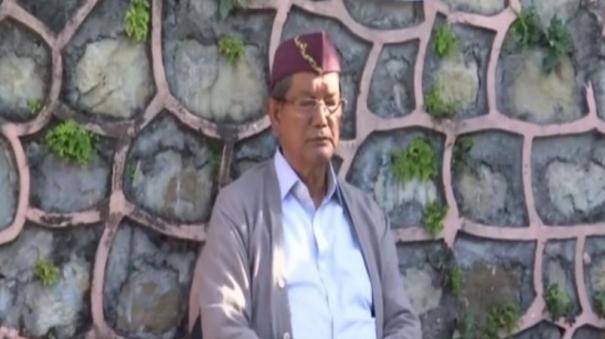 Dehradun: Former Uttarakhand Chief Minister Harish Rawat went on a silent fast to protest against the government’s move to evict the people living in Haldwani area of ​​Uttarakhand.

Haldwani is the third most populous city in Uttarakhand. On the 20th of last month, the Uttarakhand High Court passed an order in a long-running case that the public has encroached on 29 acres of land belonging to the Railways. It ordered that all the people occupying the railway land should vacate. This order has come as a huge shock to the people living there.

The people of the area have appealed to the Supreme Court against the decision of the High Court stating that there are 4000 houses, 4 government schools, 11 private schools, a bank, 10 mosques and 4 temples in the area which is said to be constructed. Meanwhile, citing the High Court order, the district administration has sent a notice to vacate the place by the 9th of this month. People of Haldwani area are engaged in protests, processions, prayers etc. in protest against this.

The Supreme Court will hear the appeal filed by Haldwani people tomorrow. In this case, former Chief Minister Harish Rawat kept a silent fast for an hour urging the state Chief Minister Pushkar Singh Thami to intervene in this matter. Later speaking to reporters, he said, “We are praying for justice for the people. There is hope that nothing will happen to people’s houses. The chief minister is the guardian of a state. Therefore, he should intervene in this matter. I submit my silence to him,” he said.