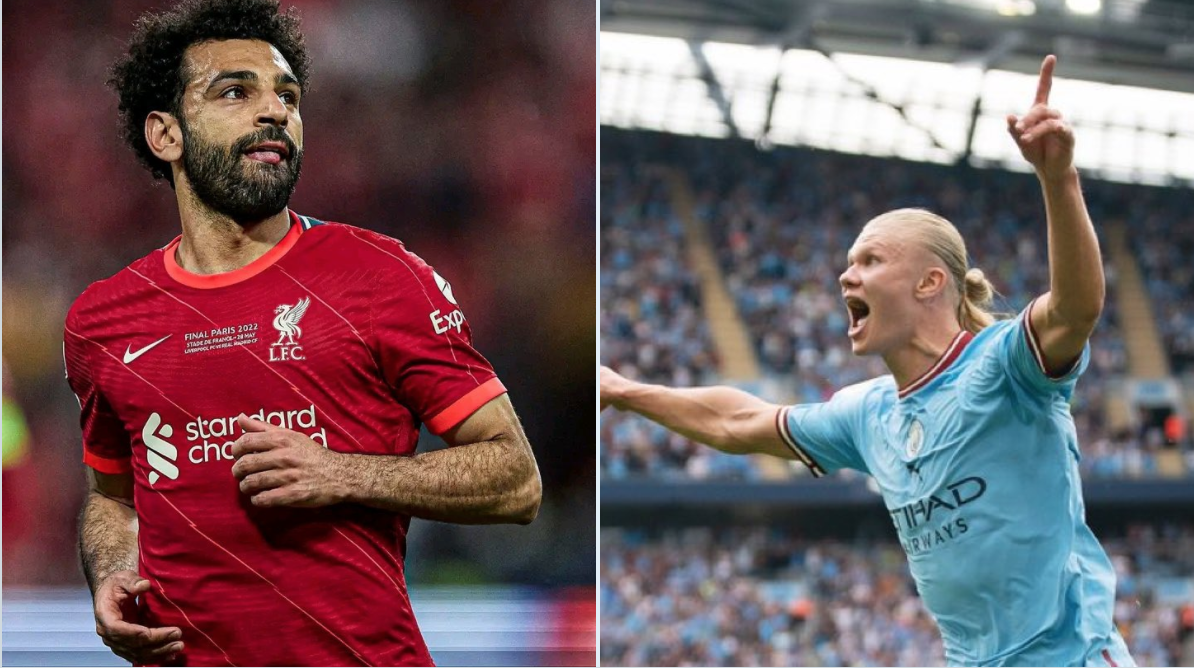 It seems that the top scorer in the English Premier League and the Liverpool team, Mohamed Salah, who has not left any record without breaking it since his move to Liverpool in the summer of 2017, will find great difficulty this season with the presence of the new Norwegian star Halland, who is moving at a steady pace and began to break records from his first presence him in the tournament.

Despite the loss of the Manchester City team, two valuable points, with a draw from the stadium of its host Aston Villa (1-1) in the meeting that brought them together on Saturday evening, in the sixth round of the English Premier League, but its top scorer, Erling Halland, scored Manchester City’s goal, to raise his score to 10 goals and boosted his position on the top scorer in the “Premier League”.

Mohamed Salah had scored 23 goals in 38 league games last season, otherwise he has only scored two goals with his team this season, after Liverpool lost a match, tied 3 games and won two games, which means that the season is difficult for the league runners-up last season as well.

Manchester City was satisfied with a point after its second draw in the new season of the league, compared to four victories, and it occupies second place in the league table, with 14 points, two points behind Arsenal, who is a guest of Manchester United tomorrow evening, Sunday, at the end of the matches of this round. On the other hand, Aston Villa raised its score to four points, and advanced to the seventeenth place in the standings.