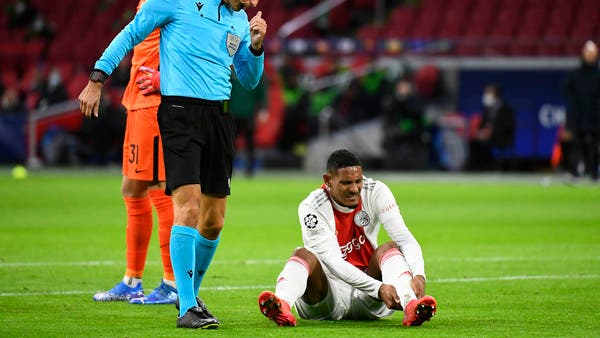 Press reports revealed on Thursday, that Sebastian Haller arrived at the German football club, Borussia Dortmund, in order to complete his transfer to him from Ajax.

The Ivorian striker is scheduled to undergo a mandatory medical examination to sign a contract with the runners-up in the German League last season, to compensate for the departure of the Norwegian Erling Haaland, who moved to Manchester City.

It was said that Dortmund will pay Ajax 31 million euros, while the Amsterdam team can get additions of up to four million euros.

Haller, 28, born in France, extends his contract with Ajax until 2024 after joining the team from West Ham United in 2021, and scored 21 goals last season in the German League, in addition to 11 goals in the Champions League, where his team reached the role of Sixteen.

The Ivorian player has previously been in the German League before, by playing for Eintracht Frankfurt between 2017 and 2019.

Haller is scheduled to be the last contract for Dortmund, who is making a great effort in the summer transfer market, in his attempts to end Bayern Munich’s control of the title, which lasted for ten consecutive seasons.