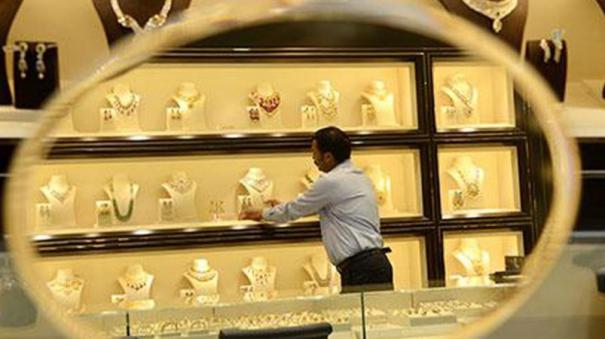 New Delhi: The second phase of the Compulsory Hallmark Scheme will come into effect from June 1, 2022 and Hallmark will be made compulsory in Theni and Ramanathapuram districts, according to the Indian Standards Institution (PIS).

The International Trade Organization (WTO) has mandated PIS certification for gold jewelry exporting countries. India is one of the 164 member states of the WTO.

The federal government has also ordered that only PIS Hallmark branded gold jewelry be sold. The first phase of the scheme came into effect on June 15 last year.

This mandates the practice of selling only in three grades to prevent fraud in the gold jewelry trade. Also only PIS Hallmark branded gold jewelry should be sold.

In this case, the PIS reported:

More than 3 lakh gold items are hallmarked with the HUIT logo daily in 256 districts of the country after being made ‘hallmarked’ by the Indian Standards Institution.

June 01, 2022 The Federal Government announces the implementation of the second phase of the first compulsory hallmarking.

This makes Hallmarking mandatory in a further 32 new districts. Accordingly, compulsory hallmarks are to be implemented in Theni and Ramanathapuram districts in Tamil Nadu. The list of districts selected for this scheme can be found on the website of the Standards Institution of India (BIS) at www.bis.gov.in.

In addition, gold jewelry / artifacts include three types of carats: 20, 23, and 24. Consumers at any of the rating and hallmarking centers can test the purity of their Hallmark unmarked gold jewelry.

The fee for inspecting gold jewelery up to 4 items is Rs.200 and for every 5 or more items a fee of Rs.45 will be charged.

Detailed guidelines for testing consumer gold jewelry and a list of approved ratings and hallmark centers can be found at www.bis.gov.in.

Consumers can verify the authenticity and purity of hallmarked gold jewelery with the HUIT number purchased by the consumer using the ‘verify HUID’ in the BIS CARE processor that can be downloaded from the Play Store.

This is stated in a press release issued by the Indian Standards Institution.