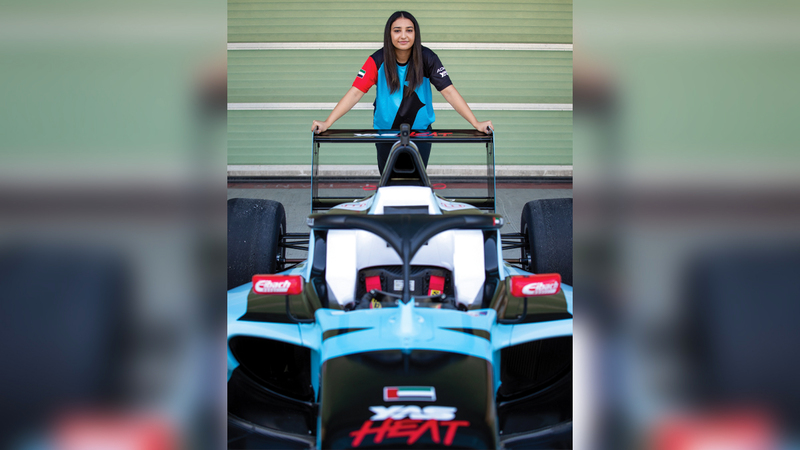 Yesterday, the Yas Heat Racing Academy announced the signing of the Emirati driver, Hamda Al Qubaisi, for the academy’s motor racing team, which is located in Yas Marina Circuit as an official location for the team members.

Hamda, who comes from a family that loves motor racing, will compete in the 2023 “Formula 4 UAE” season, after the team made its debut in the “Formula 4” Emirates Cup in the “Abu Dhabi Grand Prix” last year. The young driver is 20 years old, and she previously succeeded in becoming the first Emirati female driver to compete in the “Formula 4 UAE” championship in 2019. Recent years have also witnessed her achieving amazing success on the international scene, as she was able to climb to the podiums in Misano in 2021, before Her move to participate in “Formula 3” and her participation in the regional Asian Formula Championship in 2022 under the banner of the Abu Dhabi Racing Team. The Yas Heat team will participate in the first round of the “Formula 4” race in Dubai on the 13th of this month, then it will compete in the Yas Marina Circuit, the last round of the race, on the 19th of February.

Vani Jayaram Death: The mystery behind singer Vani Jayaram’s death is due to that reason