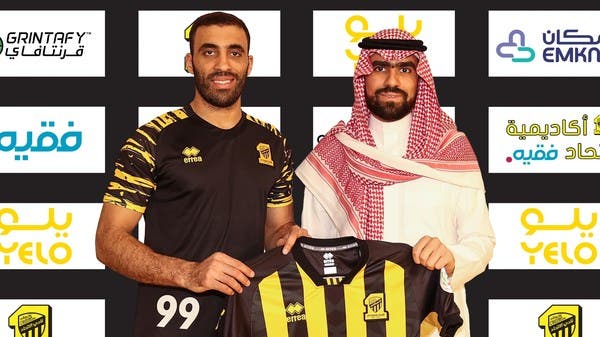 Moroccan Abdel Razzaq Hamdallah signed his official contract with Al Ittihad Jeddah on Saturday, a few hours after his arrival in Jeddah.

And the Al-Ittihad account on “Twitter” published pictures of Hamdallah, signing his new contract, accompanied by Ahmed Kaaki, vice president of the club, to wear shirt No. 99.

And the Jeddah Union administration announced earlier the signing of the former victory scorer with a contract that extends for a season and a half.