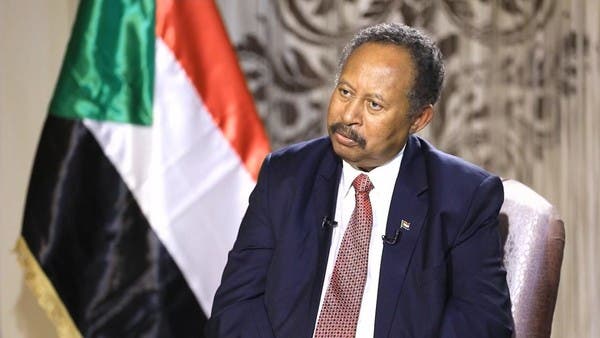 Sudanese Prime Minister Abdullah Hamdok ordered the immediate suspension of the decisions of dismissal and appointment issued during the last period, stressing on Wednesday that all the appointments that were announced recently will be reviewed.

A statement issued by the Prime Minister’s Information Office stated that Hamdok issued a directive to immediately suspend exemptions and appointments to the civil service in all government units at the national and state levels, until further notice, and also directed that appointments and exemptions that took place during the last period be subject to study, evaluation and review.

These developments came at a time when the Sovereignty Council in Sudan announced the appointment of Abdel Aziz Fath al-Rahman as head of the judiciary.

It is noteworthy that the army commander, Lieutenant-General Abdel Fattah Al-Burhan, was dissolving all state institutions, and in the following weeks he announced the dismissal of directors of state media, companies, public banks, and many officials in various states.

In addition, a senior official who held the position of de facto foreign minister was relieved of their ambassadorial posts, as 12 out of 17 ministers resigned on Monday.

On the other hand, Hamdok signed, last Sunday, an agreement that restores him to his position about a month after the start of the events in Sudan, which put him under house arrest.

The agreement with Al-Burhan stipulated the release of all political detainees, the start of a dialogue between all political forces to establish the constitutional conference, as well as the cancellation of the army commander’s decision to dismiss the prime minister. It also stipulated the speedy completion of all institutions of transitional governance.

Its provisions also included working to build a unified national army, as well as restructuring the committee to dismantle the Bashir regime and reviewing its performance.

However, the signing of this agreement sparked several criticisms from Hamdok’s political incubator, which are several groups affiliated with the forces of freedom and change, noting that the divisions of the latter seemed clear during the last period.

It is noteworthy that the army chief had announced last October 25 (2021), the dissolution of the government and the Transitional Council, and the imposition of a state of emergency in the country, until the formation of a new government, which he pledged at the time to be composed of civilians and qualified people.

The armed forces also launched a campaign of arrests that included a number of politicians and government officials, as well as leaders in coordination and civil parties.