Hamdok: The agreement with the military component allows for the restoration of the democratic transformation agenda in Sudan 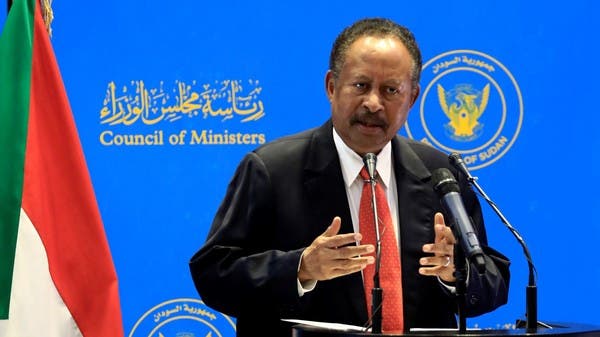 Sudanese Prime Minister Abdalla Hamdok announced, on Wednesday, that the framework agreement signed with the military component allows for the restoration of the civil democratic transformation agenda.

Hamdok said, “Sudanese blood is precious, and I feel a very great responsibility on this issue.”

He added, “We did not hesitate to sign the political agreement, and the most important thing that made it possible was to agree on a specific date for the end of the transitional period, and to hand over power to the elected authorities of the people.”

Hamdok stated that he aspires in the coming period to “achieve the democratic elections and hold elections that require hard work.”

Earlier, the General Secretariat of the Sudanese Council of Ministers said on Wednesday that Prime Minister Hamdok will review recent appointments and exemptions in key positions in the country.

After the army declared a state of emergency on October 25, it hired veteran former officials to take up important positions in the state’s administrative apparatus. He also announced the dismissal of directors of state media, companies, public banks and many officials in various states. In addition, some ambassadors were relieved of their posts.

Today, Hamdok issued a directive to immediately stop all appointments and exemptions in jobs in all government units, at the national and regional levels, “until further notice.”

In addition, all appointments and exemptions made in the previous period will be subject to study, review and evaluation, the secretariat said.

This comes after Hamdok was reinstated and the decision to relieve him was canceled according to a political agreement he signed with Al-Burhan at the Republican Palace in Khartoum on Monday.

Hamdok confirmed in an interview with Al-Arabiya channel on Tuesday that the latest agreement with the army was “made on the basis of sparing the blood of the Sudanese and preserving the gains.”

In a related context, the Transitional Sovereignty Council in Sudan held a regular meeting at the Republican Palace yesterday that dealt with “a number of issues related to the completion of the structures of the institutions of the transitional period with regard to the judicial system and the public prosecution and the establishment of councils that carry out supreme legal tasks.”