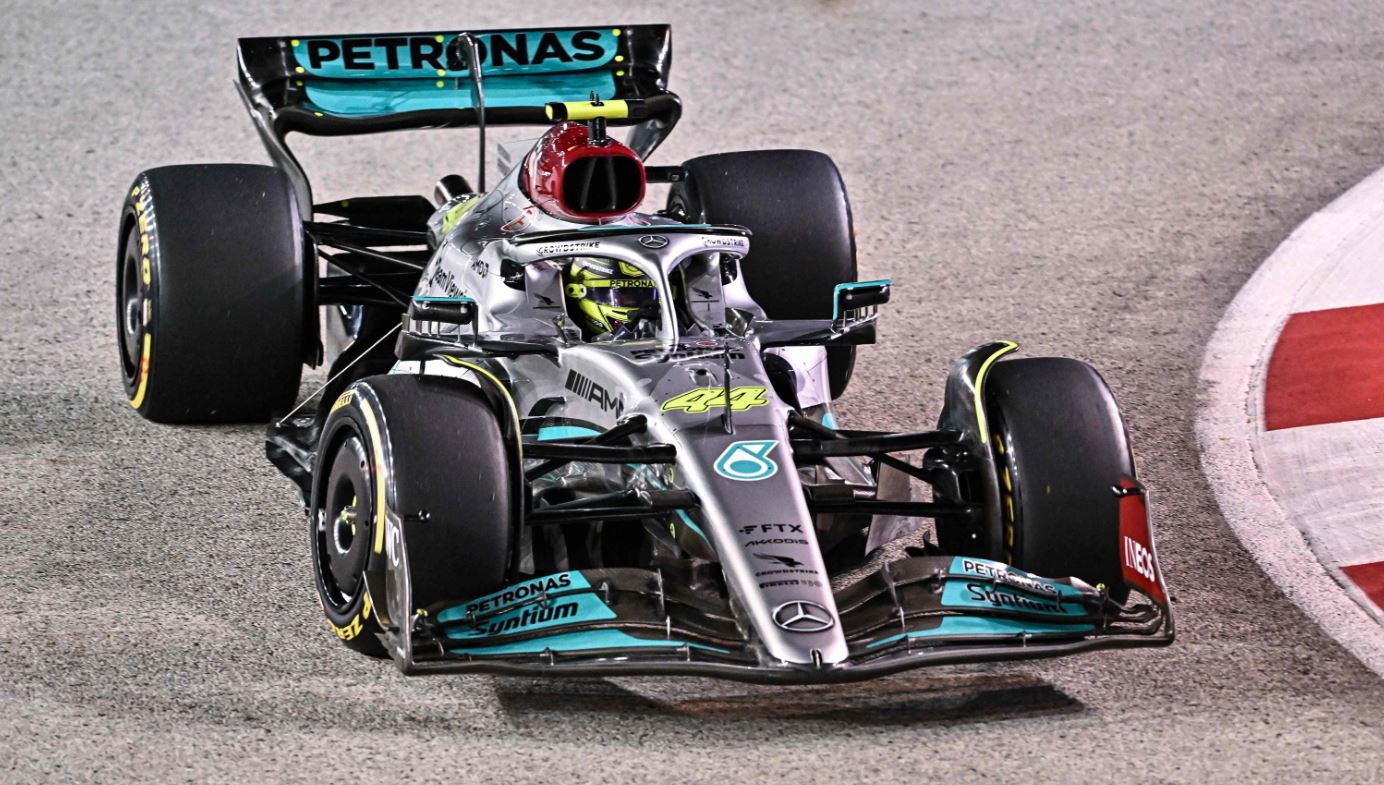 Mercedes driver Lewis Hamilton achieved the best time today in the first free practice of the Grand Prix scheduled in Singapore, the day after tomorrow, in the Formula One World Championship. Briton Hamilton achieved the best time in free practice for the first time this season, surpassing Dutch driver Max Verstappen, Red Bull, who may celebrate his birthday in the best way, as he can win the world championship this season in the Singapore race.

Hamilton, the seven-time world champion, achieved the best lap time on the 5,063-meter Marina Bay track, clocking one minute 43.43 seconds.
The Singapore Grand Prix is ​​back on the World Championships calendar after it was canceled in the past two years due to the Corona pandemic. Hamilton outperformed Verstappen, who is now 25 years old, by 0.084 seconds.

Ferrari’s Charles Leclerc finished third in the first test. Hamilton’s lead came as rare good news for the Mercedes team, which is going through a difficult season, after changes in the aerodynamic rules. Mercedes has not achieved any victory this season, and has taken the podium once through its driver George Russell in the Hungarian Grand Prix.

Verstappen clinched the world championship last season, beating Hamilton through the last lap of the last race of the season, but he leads the overall standings for the drivers’ category in the world championship, 116 points ahead of Leclerc, six races before the end of the season, where he achieved 11 victories in 16 races so far. Now, of which five consecutive victories. The Singapore race is the closest opportunity for Verstappen to win the world title, provided that he wins it and leads by 22 points over Leclerc, in addition to benefiting from the results of other competitors.