Happening in Turkey .. If you search for this hotel on Google, you are a terrorist! 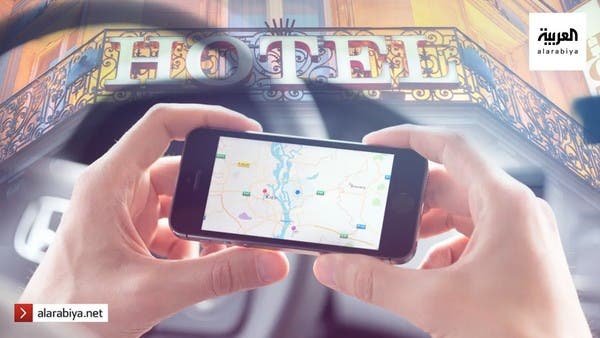 The Turkish authorities condemned a citizen in the country on the pretext of belonging to the “Service” movement led by Fethullah Gulen, whom Turkish President Recep Tayyip Erdogan accuses of being behind the failed coup attempt against his rule, which took place in mid-July 2016, but the evidence of the conviction sparked a lot of controversy. And ridicule at the same time, especially on social media.

In the details, a Turkish lawyer announced that the Turkish judiciary had convicted her client, who did not give his name, on charges of “belonging to a terrorist group” after they found in the search engine his phone as he was trying to reach a famous hotel in the capital, Ankara, that hotel was members of the “service” movement that the government classifies. As a “terrorist” group, they held meetings in its halls years ago.

Lawyer Gizay Dolkadir revealed, in a tweet she posted on her official account on Twitter, that “searching for a hotel through Google has become evidence of conviction, which is what happened with my client, who was considered by a court that his search for the famous Asia Termal Hotel is confirmation of his affiliation with a terrorist organization.” “.

And she continued in her tweet: “Here is Turkey, where one unfortunately becomes a hero or a terrorist with the push of a button.”

Although the strange evidence of conviction caused the continued detention of the Turkish lawyer’s client, the most ridiculous thing among some lawyers in the country was that the ruling Justice and Development Party had held many meetings in the same hotel whose Google search caused the citizen’s conviction Turkish.

Human rights sources told Al Arabiya.net that the party led by the Turkish president held many meetings in the famous “Asia Termal” hotel in Ankara, but this happened before the Hizmet movement was classified as a terrorist group, that is, before the last coup attempt against Erdogan’s rule.

The authorities sometimes search the detainees’ phones, and do not find anything to condemn them, and then they search their accounts on social media and may take a picture that one of their friends posted on Facebook, for example, as evidence of their conviction

Another source in the Turkish Bar Association stressed that “the Turkish judiciary has recently condemned many detainees for illogical reasons,” which angers civil groups and institutions defending human rights, which see in most of these sentences a kind of “political revenge”, given that the accused They are usually opponents of the Turkish president.

The authorities can continue detaining the accused as soon as the investigators find pictures in their phones of people that Ankara considers “terrorists,” according to the Turkish Bar Association, which reported to Al Arabiya.net that “the authorities sometimes search the detainees’ phones, and they do not find anything to condemn them, and then You search their accounts on social media, and you may take a picture that one of their friends posted on Facebook, for example, as evidence of their conviction.”

Ankara, which passed a law in the middle of the year 2020 to regulate the content of social media in the country, has tightened its control over these sites since the last coup attempt against Erdogan’s rule, after which thousands were detained and investigations were conducted with tens of thousands of allegedly participating in the coup.

As a result, more than 150,000 people were dismissed from their jobs in state departments and its civil and military institutions alike.