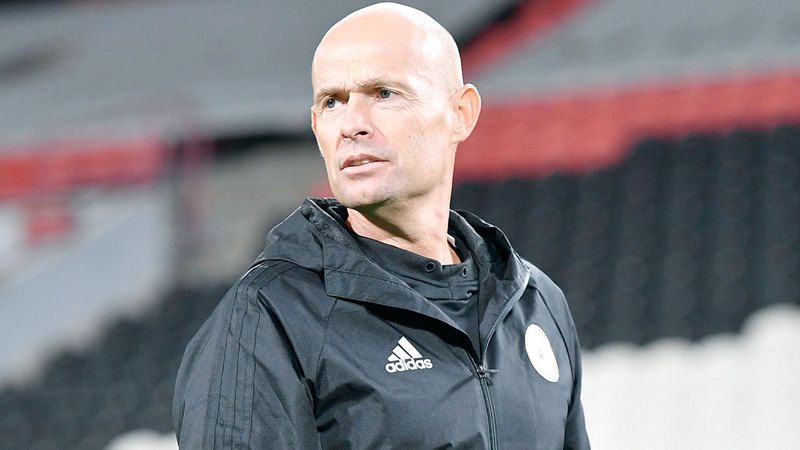 Al-Jazira coach, Dutch Marcel Kaiser, expressed his great happiness with the “Pride of Abu Dhabi” victory over Khorfakkan by four goals without return, Saturday, in the 11th round of the ADNOC Professional League, stressing that he is pleased with the return of five players who appeared very well: Serbian Milos Kosanovic, Brazilian Joao Victor, South African Thulani Serero and Malian Abdullah Diaby, along with Emirati star Ahmed Fawzy.

Kaiser said in a press conference: “We played a good match and I am very happy for the players in general, in addition to the fact that there are some players who presented themselves very well, such as Ahmed Fawzy, who participated for the first time, as well as for the first time in which he plays as a striker. He was calm and scored a great goal.
He added, “All of Milos Kosanovic, Joao Victor and Thulani Serero showed their character despite the difficulties they experienced, while Abdullah Diaby appeared distinctly, scored two goals, and presented himself well.”
He continued, “I am generally happy after we started the game with a positive physical impulse and we were good at the level of positioning and passing the ball, and I see that all the players appeared very well and no player appeared at an average level.”