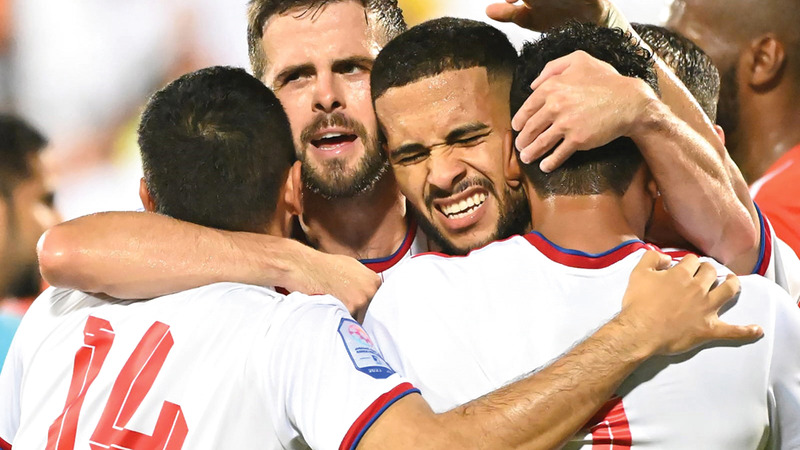 Sharjah won an exciting victory over Ajman 3-2, yesterday, at Rashid bin Saeed Stadium, at the opening of the third round of the ADNOC Professional League, and had another happy day, raising its score to nine points with the full score, while Ajman’s balance froze at one point.

Sharjah advanced with a goal from friendly fire through Saud Saeed from a fatal mistake when he wanted to remove Marcos Vinicius’ cross to put it in the net of goalkeeper Ali Al Hosani “35”. After that, he dribbled the goalkeeper before scoring “45 + 3” in a beautiful way.

With the beginning of the second half, the orange managed to advance through Firas Al Arabi, after a series of attempts on the Sharjah goal, to hit it with his right hand at the empty goal of his goalkeeper “47”.

Sharjah did not surrender to the situation it had become amid technical interventions from its coach Olario Cosmin, until Luan Pereira managed to equalize after more than one attempt against Ajman, who scored in the latter “65”. Alcacer missed a penalty kick caused by Saud Saeed, which was saved by Ajman goalkeeper Ali Al Hosani, to turn the ball into a corner kick, so Alcacer managed to convert it to a goal “72”, announcing the goal of progress.

The “orange” did not benefit from the shortage of Sharjah after the expulsion of his player Salem Sultan 15 minutes before the end of the match, as Sharjah cohesion to maintain the result.