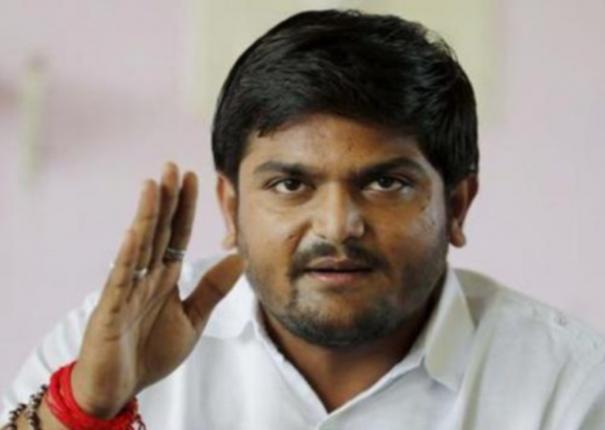 Gujarat will soon go to the polls. In this situation, Hardik Patel has left the Gujarat State Congress Party. Hardik’s resignation, known as the symbol of the Gujarat OBC faction, is expected to resonate in the elections.

Commenting on his resignation, Hardik Patel said on his Twitter page, “Finally, I muster the courage to take the decision to leave the Congress party and leave office. I hope my decision will be welcomed by the people of Gujarat and my political colleagues. I fully hope that this decision will act positively for Gujarat in the future.”

The resignation of Hardik Patel comes on the heels of Rahul Gandhi’s recent visit to Gujarat.

In this context, Hardik said, “When I tried to meet the key leaders, they were more engrossed in mobile phones than listening to the Gujarat issue. The Congress leadership has no interest in the people’s march other than to ensure that the ‘chicken sandwich’ is properly prepared for the senior leaders of the Gujarat Congress and the party top brass from Delhi.” Rahul was abroad when needed. I will resign in such a situation, “he said in his resignation letter.

Smoking dissatisfaction .. Political observers say the resignation did not happen overnight, pointing out that Hardik Patel has been dissatisfied with the Congress and Rahul Gandhi for the past few months. They also point out that Hardik lamented that he was being sidelined in the party.

He had been harshly critical of being in the Congress party, feeling like a groom being forced into family planning treatment. This, too, is seen as a clear indication of his resignation mentality.

In this context, Rahul Gandhi, who recently visited Gujarat, did not meet Hardik Patel. Such an environment has further strengthened the idea of ​​resignation and made it happen.

Who is this Hardik? Hardik Patel hails from the Pattidar community, one of the OBC communities in Gujarat. In 2012, Hardik joined the Sardar Patel Group, an organization for the OBC faction. Through that organization Patel soon became popular among the youth of the community including Kurmi and Pattidar.

In this context, in 2015, the OBC staged the largest rally and struggle for reservation for the people. The struggle, which he started in July 2015, spread across Gujarat. The state of Gujarat itself came to a standstill with the support of the Pattidar community.

It was riotous as police used batons to disperse the crowd. 144 restraining orders were issued to control the riots. The army was also called in.

He supported the Congress party in the 2017 Gujarat Assembly elections. He joined the Congress before the 2019 parliamentary elections and campaigned vigorously. Hardik Patel has been appointed as the Executive Chairman of the Gujarat State Congress Committee in 2020. But, it was not an opportunity for him but a reed. The lack of independence is said to have kept him uncomfortable from the beginning.