Harry ‘Tieten’ Goudsblom: ‘I still had to take off the OneLove band and my tits and off the site’ 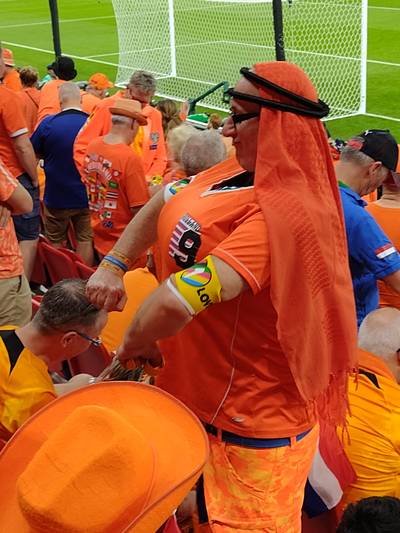 Orange fan Harry Goudsblom, known for his inflatable breasts with which he encourages the Dutch national team, has nevertheless run into problems with the authorities in Qatar. After the match against Senegal, he had to take off his OneLove bracelet and his tits and was removed from the field, he says.