Has brought shame to the party: Trinamool spokesperson comments on Partha Chatterjee 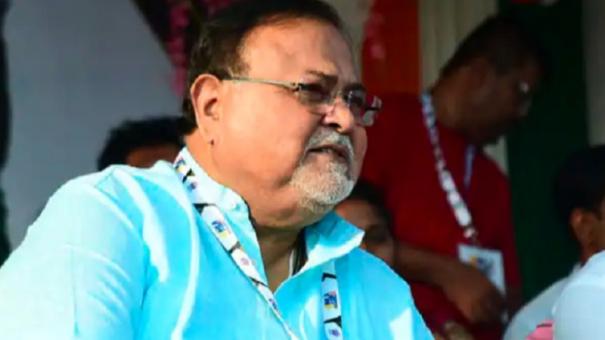 Kolkata: Trinamool spokesperson Kunal Ghosh said about Partha Chatterjee that she has brought shame to the party.

On the 22nd, officials of the enforcement department conducted raids at various places in the state capital, Kolkata, in connection with the West Bengal state teacher appointment scam. At that time, Rs 21 crore cash was seized from the house of actress Arpita Mukherjee, who was close to state minister Partha Chatterjee.

In this case, Minister Partha Chatterjee and actress Arpita Mukherjee were arrested on the 23rd. A Kolkata court had granted permission to remand both of them for 10 days in police custody three days ago.

In this case, Trinamool spokesperson Kunal Ghosh said that Partha Chatterjee has brought shame to the party and all its members.

In this regard, Kunal Ghosh said, “Partha Chatterjee, who is the party’s national general secretary and minister, has been arrested. Accumulations are being made against him. He has brought shame to the party and us. It is his responsibility to explain the allegations against him. He is asking why I should resign as a minister. But he Why didn’t he speak in public to prove his innocence?

Partha Chatterjee should be removed from ministry and all party posts immediately. He should be expelled.
If this statement is considered wrong, the party has every right to remove me from all posts. I shall continue as a soldier of @AITCofficial.

Partha Chatterjee will be removed from all posts. Even basic membership of the party should be excluded from office. If you think my statement is wrong then you can remove me. Kunal Ghosh has said on his Twitter that I will volunteer as a protector of the party.