“Hashim” is the champion of the Sheikh Zayed Festival for sailing bearings, category 22 feet 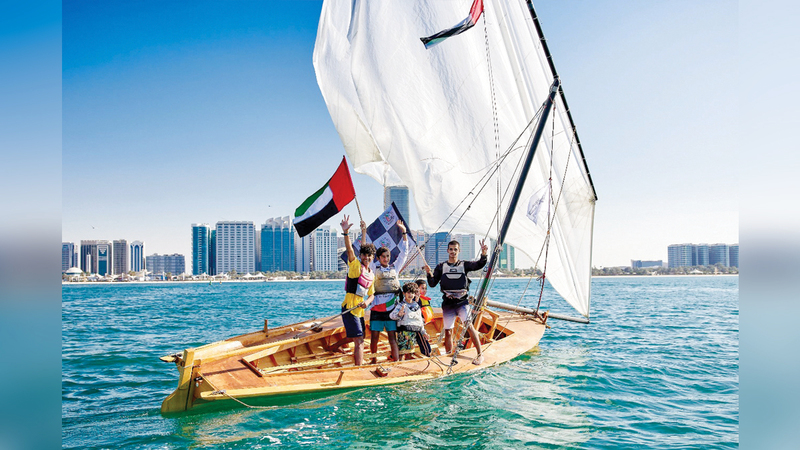 The loader “Hashim”, owned by Noukhatha Mohammed Marwan Abdullah Al Marzouqi, was crowned the Sheikh Zayed Festival for Sailing Bearings 22-foot race, which was organized by the Abu Dhabi Marine Sports Club the day before yesterday, as part of the club’s participation in the festival’s activities and activities.

The race started in front of Lulu Island, and lasted for a distance of six nautical miles, and it is the first round for this category, within the competitions of the new season, and witnessed strong competition in all its stages, with the participation of 46 loads from different emirates of the country, amid great enthusiasm by the young sailors who participated in The competitions, which were decided by the loader “Hashim” with the efforts of the sailors, and the ingenuity of the captain, Muhammad Al Marzouqi, as he chose the appropriate path to reach the finish line, in front of the headquarters of the Abu Dhabi Marine Sports Club on the Corniche of the capital, Abu Dhabi.

The winners of the first three places were honored by Majid Al Muhairi, Director of the Marine Sports Department, Saeed Al Muhairi, General Supervisor of the Race, Khalifa Al Rumaithi and Nasser Al Dhaheri, members of the organizing committee.

For his part, Khalifa Al-Rumaithi confirmed that the Sheikh Zayed Festival races, which the club organizes in all its categories as part of its participation in this great event over the past years, is an episode of an ancient heritage series that the festival presents in the best way that dazzles the followers.