Hassan Saeed: Kalba is on the verge of a distinguished season in the “Professionals” 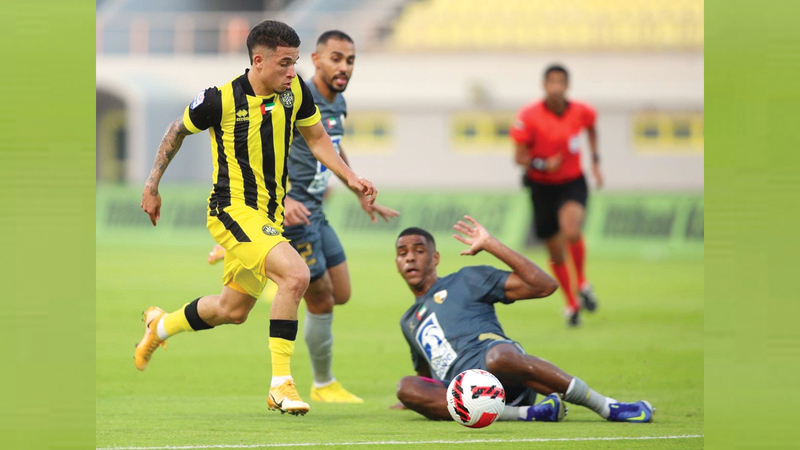 The player of the national team and the Kalba Union in the era of the nineties, Hassan Saeed, confirmed that the victory of the Kalba Union against Al Dhafra with two clean goals, and its reaching the sixth point, the day before yesterday, in the third round of the ADNOC Professional League, is evidence that the team is on the verge of a distinguished season in all respects. He is a candidate to achieve positive results and obtain an advanced position, noting that the victory over Al Dhafra is an extension of the previous victory over Al Wahda with a clean goal, and that the team did not deserve to lose against Al Bataeh in the first round.

Hassan Saeed explained that the team’s performance and the harmony of its players in the Al Dhafra match bode well for a better performance in the upcoming matches, especially that Al Dhafra was not a weak team, but rather appeared strong in the match, but the “Tigers” players were able to settle the result in their favour.

Saeed told «Emirates Today»: “The gains achieved in the first three rounds cannot be limited to the six points that the team won, which is the best start in the team’s journey since participating in the professional league, but other distinct gains come to the fore, including that the team presented Strong matches technically and mentally, and in all the three matches that the Tigers played, despite losing the opening match, and their performance and result against Al Wahda and Al Dhafra, although the team lacks some key players, who were injured.”

He continued, “One of the most important reasons for the (Tigers) success in achieving this important and strong start is the distinguished contracts made by the Kalba Football Association, from foreigners and citizens, and the contract with Iranian coach Farhad Majidi, and his reading of the matches well, and the players’ insistence and harmony among themselves to provide The best technical levels and achieving the desired results. Hassan Saeed expressed his happiness with the distinguished technical return provided by all the talented tiger players without exception, stressing that the performance of Yasser Hassan, Ahmed Amer and Walid Rashid confirms that a bright future awaits them, calling on the players to continue training and focus in a distinctive way to maintain their level and develop it for the better.