Hassan Sohail: We should focus more on the tactical side than the “physical” side before meeting Australia 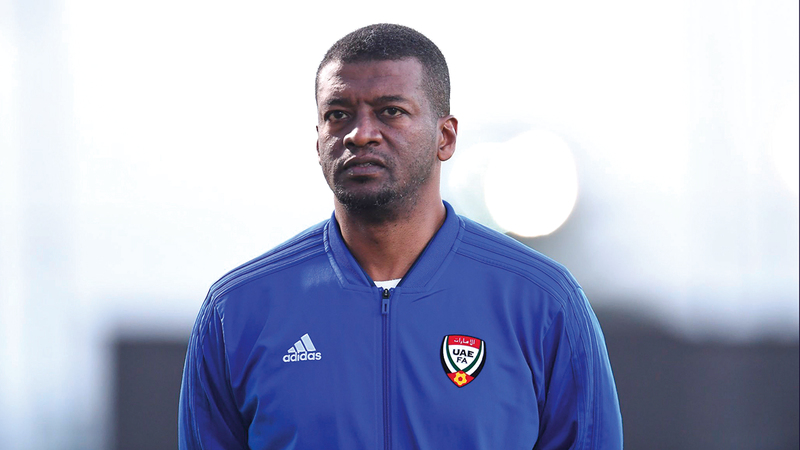 A member of the board of directors of Al-Nasr Football Company, the supervisor of the first team, Dr. Hassan Suhail, confirmed that the preparation period for the team for its upcoming match against the Australian national team is, in his estimation, the longest preparation period that the team has obtained during the recent period, as it extends from the current 24 until the date of the Australia match on the seventh of Next June, describing the preparation period as sufficient to prepare the team, stressing the importance of the technical staff, led by Argentine coach Rodolfo Arruabarina, focusing on tactical plans, rather than on the physical aspect, indicating that he is optimistic about the possibility of the team passing the Australia match, leading to the play-off against The Peruvian national team, qualified for the World Cup, considered that the play-off match was an opportunity for the national team that should be used appropriately.

Hassan Suhail told “Emirates Today”: “Aruabarina knows the players well, and the team must first focus on and pass the Australia match, and then think about the other match.”

The team is scheduled to start its preparation program to meet Australia through an internal camp in Dubai, starting from the 24th of this month, during which it will play a friendly match on the 30th of the same month, and is expected to be with one of the African teams, and it will leave for Doha on the first of next June, to set up a camp A short preparation there, until the Australia match.

Regarding the winning cards that the team can rely on in the upcoming Australia match, Hassan Suhail confirmed that the team includes good elements, hoping that the team will continue with the same squad that it played in its last match against South Korea, during which it won with a clean goal, as there is no room for change. Senior in it, considering that coach Arruabarina is the most knowledgeable of his elements by virtue of his experience as a coach, stressing that the team has elements of a mixture of experience and youth who represent a source of strength, describing the young elements that were recently added to the team as representing a great addition next to the experienced elements, noting that the players are ready and in “Form”, especially since this participation comes at the end of the football season, in addition to the participation of Al-Ahly, Al-Jazira and Sharjah players with their teams in the AFC Champions League.

Hassan Suhail, who previously held the position of general supervisor of the national team, continued: “The participation of Al-Ahly, Al-Jazira and Sharjah players in the AFC Champions League will raise their level and qualify them well for the match against Australia.”

He added: I hope that there will be no injuries in the national team players, especially since they will be out of the league and the end of the season, and there will also be a kind of stress in their ranks.

In response to a question about the great response by the Professional League, as well as the clubs, in giving the team a sufficient preparation period for the Asian Annex, Hassan Suhail said: “Despite the issuance of a compressed schedule for the league, the clubs accepted these decisions with open arms, to give space for the national team to prepare for the Australia match.” .

Regarding the advice that he can give to the players of the national team, given that he is a former international player and a former general supervisor of the national team, Hassan Suhail confirmed that the team’s arrival in the Asian qualifying match for the World Cup indicates one of the best strong teams in the qualifiers, and evidence that it is one of the candidate teams, calling on the players to They trust their abilities and capabilities, and realize that the UAE national team is a strong team.

Hassan Suhail stressed the importance of providing preparation and all the capabilities that enable the team to prepare well for the upcoming task, considering that the most important thing is for the players to have confidence in themselves, stressing that the national team can repeat the scenario of its previous victory over Australia in the 2019 Asian Cup.

• May 24, the date for the start of the national team camp in Dubai.